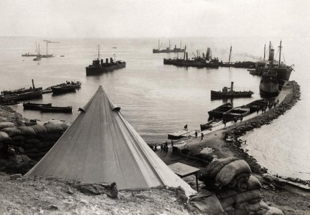 Evaporating the Zuiderzee (1916) The Dutch magazine Het Leven ran an article about a new plan to reclaim large areas of land from the Zuiderzee by means of evaporation. It claimed the photo above showed an evaporation installation on the island of Schokland, though in reality the picture was taken elsewhere.

The spoof article was a response to a devastating flood that had recently occurred in the Zuiderzee, which had generated new interest in plans to control and reclaim the salt water inlet. Eventually these plans resulted in the construction of the Afsluitdijk dam, completed in 1932. 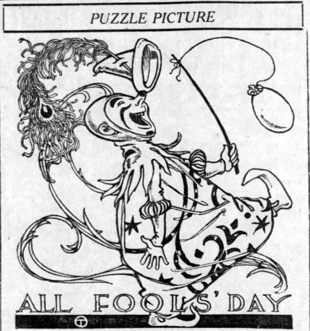 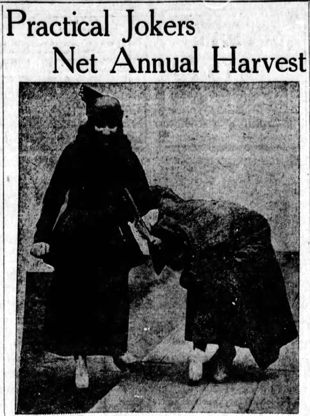 April Fool Victim No. 1936 (1916) "Miss Lillian Neitlich, 12 Decatur Street, South End, attempting to pick up coin, which the firemen in the Fort Hill square house had fastened to the board walk in the park. Her friend saw the Post photographer as he stepped into view, but her warning was too late. According to the firemen, Miss Neitlich was victim no. 1936."