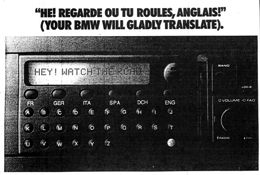 BMW Automatic Translation System (1990) BMW ran an ad in the London Sunday Times announcing a new "Automatic Translation System" for its cars. This device (developed by senior technician Urbein Waundab) would, at the touch of a button, translate any of the major European languages into English. It would also automatically read and translate every road sign it passed. People were invited to contact "Huw Felvret" at BMW Information Service for more details.

The ad fooled a New Scientist writer who expressed concern (in that magazine's Apr 21 issue) that on-the-spot translations of insults hurled by French drivers would "enrage the normally placid and polite English driver." 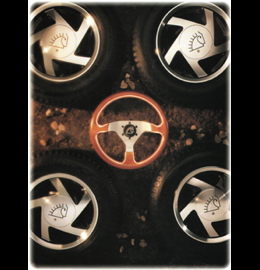 Five-Wheel Drive (1990) The Hoffman York & Compton ad agency released promotional material introducing the Caballo XL, a revolutionary new South American car built around 'five-wheel drive' technology. This involved a "unique shock absorbing system" that would allow drivers to go at speeds in excess of 160 mph over rough, bumpy roads. The small firm later explained it issued the release in order to drum up business from the car industry by showing that it could "play in the big leagues". 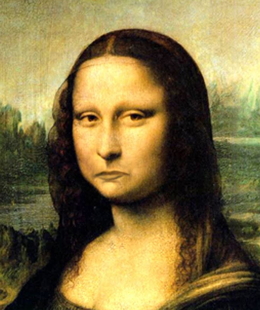 Mona Lisa Frowns (1990) The Independent reported that an art restoration team doing extensive cleaning of the Mona Lisa had made a startling discovery. Although the woman in the painting is famous for her smile, once the layers of dirt had been removed, it was found that she was actually scowling. 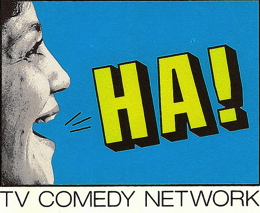 The HA! Network (1990) MTV, VH-1, and Nick at Nite turned over their airwaves (and their 50 million viewers) to the HA! network, a comedy channel which broadcast in their place for the day. No one in the broadcast industry had been informed that the switch would take place. The broadcast was the debut of the Viacom-backed HA! network. Viacom had hoped that the prank would give the fledgling network some much-needed publicity.

The HA! network lasted a year before merging with the Comedy Channel. 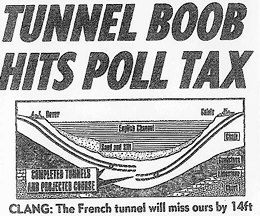 Chunnel Blunder (1990) The News of the World reported that the two halves of the Channel Tunnel, being built simultaneously from the coasts of France and England, would miss each other by 14 feet, the reason being that French engineers had used metric specifications, whereas the British had used imperial feet and inches. The error would cost $14 billion to fix.
Moore’s Law Rewritten (1990) Intel employees circulated a spoof newsletter revealing historical discoveries related to chip-making, such as the fact that archaeologists had uncovered evidence of the existence of chip-making factories in Ancient Egypt. The newsletter quoted eminent archaeologist Lord Dhrystone as saying, "We never imagined we'd find an active semiconductor industry in a major goat-herding area. Too much dust."

The newsletter also revealed the unknown origins of the famous "Moore's law." Apparently Gordon Moore, Intel Chairman, had once scribbled on the back of a phone bill the phrase 'Buy Intel chips. They'll get twice as big every year or so,' as he brainstormed about ways to get people to buy more Intel chips. It was his secretary, Jean Jones, who rewrote the phrase to the more famous, "The number of transistors on a chip will double every 18 months."
General Categories
Regions
Recurring
Settings
Perpetrators
Organizations