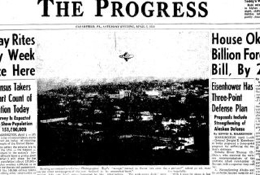 The Progress (Clearfield, Pennsylvania) published a picture of a flying saucer, supposedly hovering over the business section of Clearfield. The photo caption read, "Scoring an unquestioned scoop on the other newspapers of the nation, Life, and Look magazines and other pictorial publications, The Progress proudly presents today the first published picture of a 'flying saucer' in the air." 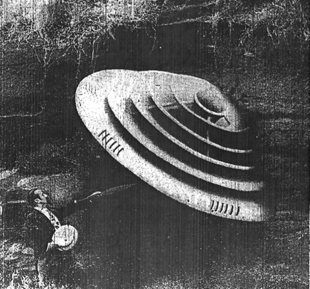 The Honolulu Star-Bulletin reported that a flying saucer had crashed into the side of the Punchbowl crater on the island of Oahu. The joke unintentionally took in victims thousands of miles away when a local ham radio operator, believing the report to be real, broadcast a description of the flying-saucer. An amateur radioman in Michigan then heard this broadcast and reported it to his local paper, the Herald-Press which, in turn, only realized the report was an April Fool's Day joke after it queried the AP, who queried their office in Hawaii. More… 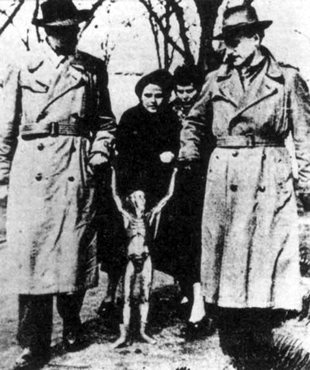 The Cologne Neue Illustrierte published a picture of "a tiny, aluminum-covered man" who had supposedly been rescued from a saucer that had crash landed after being shot by American anti-aircraft guns. The planet this being came from was unknown. More… 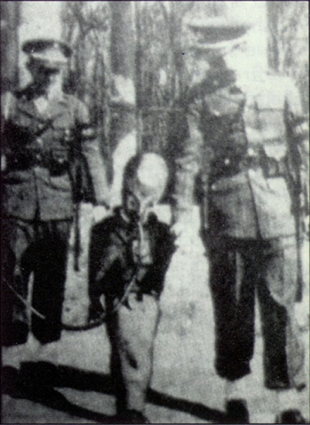 The Wiesbadener Tagblatt published a photo of a "Martian in the USA," showing American soldiers accompanying a one-legged creature with "a large head and a very small body." More… 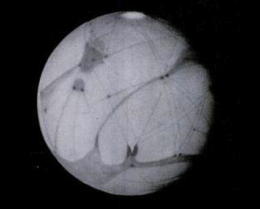 On March 31, British policemen were sent to investigate a glowing flying saucer that had settled down in a field in Surrey. As the policemen approached the craft with their truncheons held out, a door opened in the bottom of the ship and a small figure wearing a silver space suit walked out. The policemen immediately took off in the opposite direction. The alien turned out to be a midget, and the flying saucer was a hot air balloon that had been specially built to look like a UFO by Richard Branson, the 36-year-old chairman of Virgin Records. More… 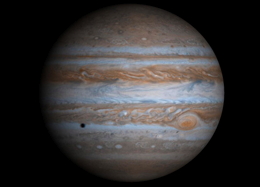 When America Online subscribers logged in to the service on April 1st, they were greeted with a news flash: "Government source reveals signs of life on Jupiter." This headline was backed up by statements from a planetary biologist and an assertion by Ted Leonsis, AOL's president, that his company possessed documents that proved the government was hiding the existence of life on the massive planet. The story generated over 1300 messages on AOL, and hundreds of people called the Jet Propulsion Laboratory in Pasadena, California trying to obtain more details about the discovery. More… 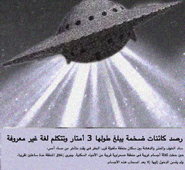