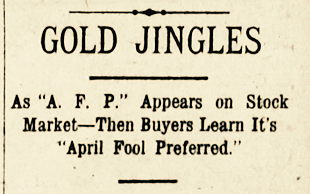 A new stock named "A.F.P." appeared on the bulletin board of the Detroit stock exchange. Little was known about it except that the initials were supposed to stand for "American Fire Protection." Despite the relative mystery, the new listing prompted lively trading. It opened at six, rose rapidly to 12, dropped down to 2, and finally climbed back upward to 8, where it remained. But eventually someone thought to contact the Michigan Securities Commission to ask if this new stock had been sanctioned by them. They responded that "A.F.P." was not authorized, so sales of it were illegal and each broker was responsible for his own losses. At which point, word got around that the initials actually stood for "April Fool Preferred." The identity of the prankster who listed it on the board was not known. More…

Pranksters attempted to deceive some of the larger brokerage offices on Wall Street. Several of the larger houses received telephone messages instructing them to sell large quantities of stock "at the market." Doing so could have caused a collapse in stock prices. However, the brokers, who were familiar with the actual voices of their customers, realized they were being deceived and did not carry out any of the sell orders. [The New York Times, Apr 2, 1925.] More… 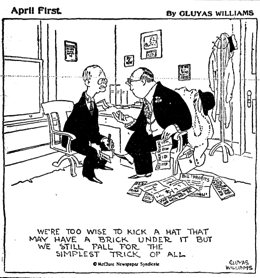 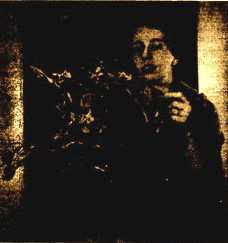 VIEW magazine revealed the existence of the Yenom Tree, a "rare perennial" owned by Mrs. Loo Flirpa of Appleton, Wisconsin, which sprouted "bright, green American one-dollar bills with uniformly high serial numbers." In an unusual mutation, this year the Yenom Tree had also sprouted a "flawless five-dollar bill." Mrs. Flirpa had entered into "an exclusive arrangement with the U.S. Mint to sell Yenom tree seedlings through a system of greenhouses to be operated through local offices of the Federal Reserve System." More… 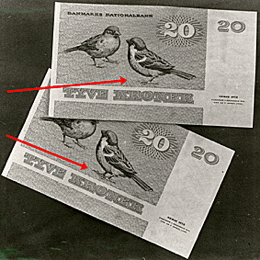 The London Sunday Telegraph described an astonishing new savings account that guaranteed to pay the best rate available on the market at all times. The account was called a ZEBRA, short for Zero Energy Best Rate Account. It was being offered by the Hungarian bank Loof Lirpa, through its British subsidiary Lirpa UK. The bank was supposedly able to offer such a compelling rate because it used "a complicated mix of investment vehicles, including futures, options, swaps and pixies" (pixies, of course, are small, magical creatures, not investment vehicles). Thousands of people called the Sunday Telegraph seeking more information about this "trouble-free maximum-paying, no-risk investment." More…

Abbey National, a British bank, revealed an April Fool's Day joke that never came to fruition. It planned to offer its customers the ability to download and print money from their home computer. An Abbey National employee said, ""We were going to say that it would suit all those couch potatoes who don't want to go to the bank to get their money out. We would make available a system where you could download money from your personal computer and print it out on paper at home." However, the Bank of England, citing concerns about encouraging forgery, strongly advised Abbey National not to proceed with their joke. More… 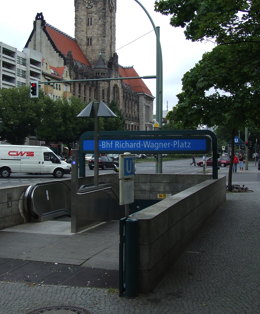 The German Der Tagesspiegel reported that the City of Berlin planned to raise money by auctioning the naming rights of the city's railway stations to the highest bidders. The city hoped it could raise as much as DM5m per station in this way. There was also discussion of charging the descendants of the 19th century composer Richard Wagner retrospectively for the existing station at Richard Wagner Platz. More…

Lottery Tickets Instead of Pension Payments (2004)

The Tokyo Shimbun reported this on its front page: "The government is seriously considering a project which includes issuing lottery tickets to citizens to balance the inevitable cuts in pensions counting on the fact that it would be better to give them dreams of future wealth instead of making them pay more in order to keep present pension figures." Readers were said to be hopeful that the joke didn't turn out to be a satirical prophecy. More…

The Economist magazine announced it would be building a new economics-themed amusement park on a former industrial estate in East London, as part of a strategy to "promote The Economist brand to a young and dynamic audience" by combining "the magic of a theme park with the excitement of macroeconomics."