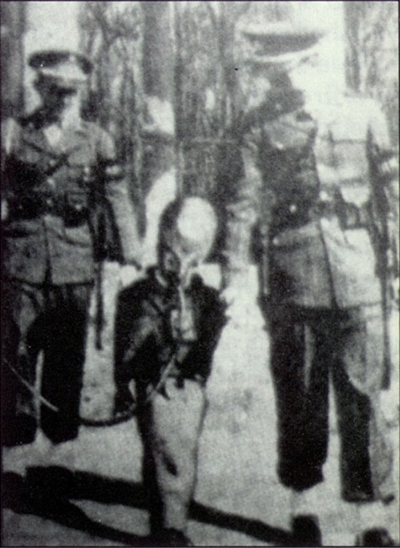 The Wiesbadener Tagblatt published a photo of a "Martian in the USA," showing American soldiers accompanying a one-legged creature with "a large head and a very small body."

The photo, as the paper subsequently explained, was created with the participation of Americans at the Wiesbaden US Army base, who posed with photographer Hans Scheffler's five-year-old son, Peter. Scheffler then replaced his son in the photo with the alien. 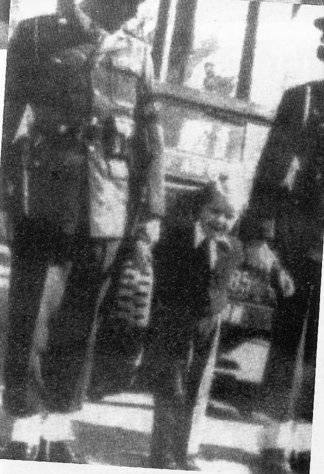 Scheffler's photo subsequently surfaced in the UFO-research community, where it was thought to be actual evidence of a captured extraterrestrial. This happened after an unknown informant, in May 1950, sent a clipping of the photo to the FBI, without noting its origin as an April fool spoof. The FBI duly filed away the photo and then released it to UFO researcher Barry Greenwood in 1979 after he filed a Freedom of Information Act request. The next year, 1980, the photo was included in The Roswell Incident, an alien-conspiracy book written by William Moore and Charles Berlitz.
Links and References
German April Fool's Day Hoaxes April Fool's Day, 1950 April Fool's Day Photo Hoaxes April Fool's Day Extraterrestrials Hoaxes
Tweet