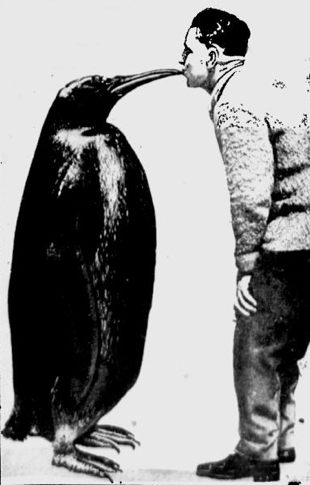 A German newspaper ran a "news photo" of a giant five-foot-high penguin kissing a man with its long beak. The accompanying story explained that the penguin had recently been brought to Berlin and was being kept in a private zoo. The story created a minor sensation. Pet store owners, animal trainers, and naturalists all received numerous calls from people wishing to see the giant penguin. More… 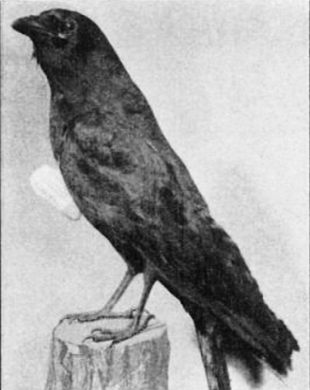 The Elkhart Daily Truth detailed a plan to create a protective air fleet for Indiana at low cost by attaching miniature, eight-ounce bombs to 25,000 crows, which would be trained to release the bombs on the enemy. The report included a photograph of one of the "Black Bombers." The "bomb" in the picture was really a salt shaker, and the crow was stuffed.

Although the crow bombers were an April Fool's day joke, there really was a plan developed and tested by the U.S. military during World War II to create "bat bombs" by strapping incendiary devices to bats, and then dropping the bats on Japanese cities. More… 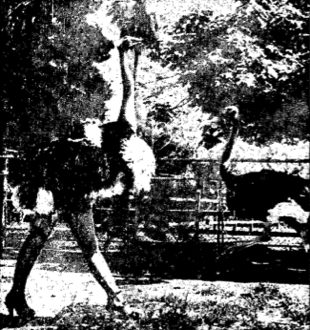 "Australian scientists reportedly are puzzled by a strange species of ostrich, left, discovered in the Melbourne zoo. It has a beautiful neck, shapely legs, and feet resembling high-heeled shoes. April Fool! Under the plumage is Renita Kramer, a novelty dancer." [International Photo] More…

The Sunday News-Journal in Daytona Beach reported the discovery of a talking pelican, found by a Georgia tourist, Sam P. Suggins, when the pelican asked Suggins for fish as he was walking along a dock. Unfortunately the pelican would not talk to anyone else. Nor was it very bright, as Suggins remarked that it said “Kitty” while looking at a small dog. The article noted that there have been recorded instances of sailors teaching pelicans to speak, just as parrots can be taught to speak, and theorized that this must have been such a case. More…

She hoped eventually to expand her business to include gerbils as well. [listen to the broadcast] More…

Google revealed the secret at the heart of its search technology: PigeonRank. Clusters of pigeons had been trained to compute the relative values of web pages:

PigeonRank's success relies primarily on the superior trainability of the domestic pigeon (Columba livia) and its unique capacity to recognize objects regardless of spatial orientation… By collecting flocks of pigeons in dense clusters, Google is able to process search queries at speeds superior to traditional search engines, which typically rely on birds of prey, brooding hens or slow-moving waterfowl to do their relevance rankings. When a search query is submitted to Google, it is routed to a data coop where monitors flash result pages at blazing speeds. When a relevant result is observed by one of the pigeons in the cluster, it strikes a rubber-coated steel bar with its beak, which assigns the page a PigeonRank value of one. For each peck, the PigeonRank increases. More… 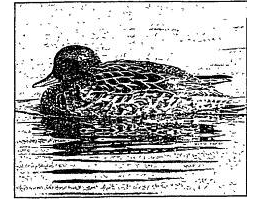 The study had an embargo date of April 1st (meaning the media was not supposed to make it public until then), but reporter Declan Curry of BBC Business News, not recognizing the study as a joke, broke the embargo and discussed it on-air on March 30th. More… 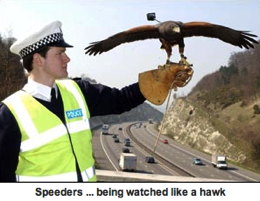 "They will swoop on vehicles and film them with strapped-on mini cameras developed by the BBC for wildlife programmes. Officers watching monitors will see a speed readout --and even registration numbers and tax discs. The Hawkeye system has had successful trials on the M40 in Oxfordshire, where PCs Mark Dalton and Otto Hergt put two birds through their paces… Paolo Firl, of the Italian makers, said: 'We are very pleased. We have shown it can be done.' But motorist Andy Pinder, 45, said: 'We're already persecuted, now we're being hunted.'" More… 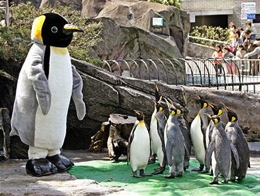 Tokyo's Ueno Zoo announced that it had discovered a remarkable new species of penguin: A giant-sized creature called the Tonosama (Lord) Penguin, 165cm-tall and weighing 80kg. Its favorite food was "white fish meat with soy sauce." The giant penguin was revealed to the public on April 1, eliciting the following reaction from the other penguins:

"As the cameras rolled, the real penguins rose their beaks and gazed up at the purported Lord - but then walked away disinterested when he took off his penguin face to reveal himself to be zoo director Teruyuki Komiya." More… 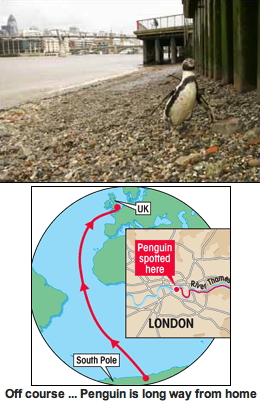 The Sun reported that a penguin had been spotted wandering along the banks of the River Thames:

"It is believed to be the first time a penguin has been spotted in the Thames — and comes weeks after tragic Wally the Whale got stranded... Experts said the penguin, normally seen at the South Pole, may have been released into UK waters by fishermen who accidentally snared him... Marine biologist Lil Faroop said: 'It looks like a Jackass. They feed on sprats and fly through the water at five miles (eight kilometres) per hour. They have a donkey-like bray.'" More… 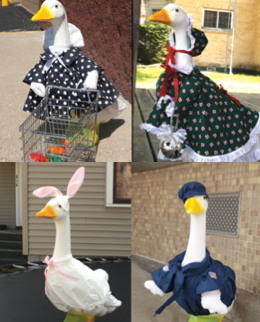