The European edition of the army newspaper Stars and Stripes announced that plans had been completed to give 30-day furloughs at home to all officers and men who had served in Europe for a year.

The editorial went on to say that the men would be transported back to the States on the Normandie, which had been salvaged, newly outfitted, and would be manned by a crew of WAACS. Onboard entertainers would include Gypsy Rose Lee and Betty Grable. More…

When the Berlin Wall was erected in 1961, it ran along Bernauer Strasse, and consequently the East German border guards bricked up the doors and windows of the houses in this street facing the border. But many people tried to escape by removing the bricks from windows and jumping down into the West.

On 1 April 1962, West German police saw a light flashing from a partly bricked-up second floor window on Bernauer Strasse, and they believed it to be someone signalling their intent to escape. So they enlisted the help of firemen and rushed to the house to spread nets beneath the window to catch the person when they jumped. But they were met by three East German guards who stuck their heads out the window and shouted down "April Fool!" The incident was widely reported in the western media as a grim example of "communist humor." More… 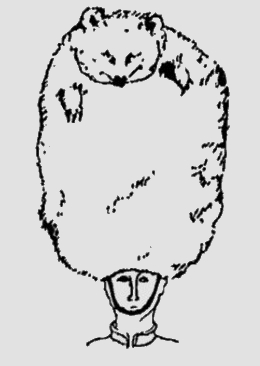 Soldier, the magazine of the British Army, revealed that the fur on the bearskin helmets worn by the Irish guards while on duty at Buckingham Palace keeps growing and needs to be regularly trimmed:

The most hair-raising fact about the bearskins has been discovered by scientists recently. The skins retain an original hormone, which lives on after the animal has been skinned. Scientists call it otiose and it is hoped it can be put to use in medical research — especially into baldness.

The article quoted Maj. Ursa who noted, "Bears hibernate in the winter and the amazing thing is that in the spring the skins really start to sprout." An accompanying photo showed Guardsmen sitting in an army barbershop having their helmets trimmed. The story was picked up by the London Daily Express and run as a straight story. More…

Israel Radio broadcast that Nabih Berri, leader of the Shi'ite Amal movement, had been assassinated. The news caused an immediate flaring of tensions in the region. However, Israeli officials quickly denounced the report as a hoax. The false report was traced back to an army intelligence officer who had planted the news item in the broadcasts of the Israeli Army's intelligence monitoring unit, from which it had been picked up by Israel Radio. Israel's Defence Minister, Yitzhak Rabin, announced that the unnamed officer would be court-martialed. Most commentators found the hoax to be in poor taste. "Berri Berri funny," one foreign correspondent commented. More… 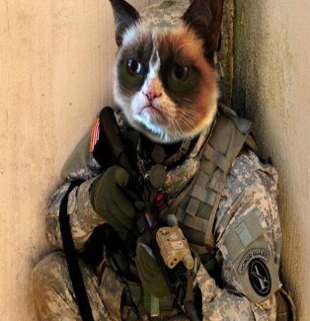