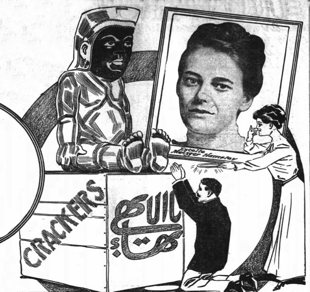 Zon Zhoum (1910) At the 1910 National Convention of Bahaists of America, held in late April in Chicago, Henry Clayton Thompson dramatically declared that he had been chosen to be the leader of the religious organization. He explained to the crowd that he had been informed of this by a series of written messages he had received from "Zon Zhoum," a high priest in Ancient Egypt who had designated Moses, Jesus, and Mohammed before him as spiritual leaders. These messages, he said, had been delivered to him by "Estelle, one of the Supreme Concourse" — who, more specifically, was Mrs. Estelle Hamsley, his neighbor on Fulton Street.

Mrs. Hamsley subsequently revealed that she had intended the messages as a joke, and pointed out that the final one had been given to Thompson (and was dated) April 1st, April Fool's Day. She had come up with the name Zon Zhoum after seeing a box of "Zu Zu" ginger snap crackers. She told the Chicago Tribune that she perpetrated the prank in order to "show Thompson how easy it is for a believer in occultism to be deluded." 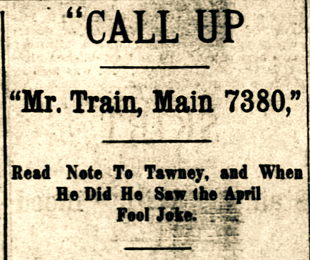 Mr. Train (1910) Representative James Tawney, Republican congressman for Minnesota's 1st District and Chairman of the Appropriations Committee, received a note in his office informing him to "Call up Mr. Train" at the number "Main 7380." He proceeded to do so.

"Mr. Train," he asked when he was connected with the number.

"Did you?" asked the voice at the other end.

Then Tawney realized what day it was and slammed the phone down. 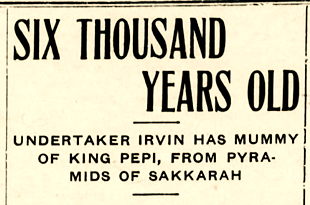 The Mount Carmel Mummy (1910) The Mount Carmel Item (Mount Carmel, Pennsylvania) reported that undertaker William Irvin had received the Mummy of King Pepi, who ruled in Egypt in 3600 B.C., and would be displaying it on April 1, after which it would be shipped to Pittsburgh. Hundreds of townsfolk went to see the mummy. Mr. Irvin, who was not a party to the prank, had to tell them that they had been misinformed.
General Categories
Regions
Recurring
Settings
Perpetrators
Organizations