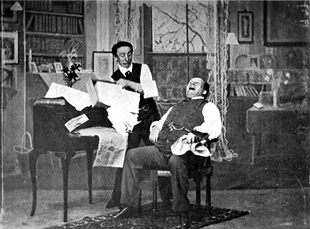 Leno and Campbell Edit the Sun (1902) As a publicity stunt, the popular British comedians Dan Leno and Herbert Campbell were given free rein to edit the April 1 edition of the London Evening Sun. The resulting paper sold close to 3 million copies, although it received mediocre reviews from readers who complained that the jokes were stale. Later that same year, the duo recreated their day spent as editors for a film, titled "Dan Leno and Herbert Campbell Edit the Sun," which was shown around the world. This marked the first time that April Fool's Day pranks were recorded on film.

A Premium for Pennies (1902) A New York newspaper reported that, due to a "fault in the die," pennies minted in 1894 were being recalled by the U.S. Treasury, which would pay a premium of 50 cents for each coin returned. As a result of this story, Treasury offices soon had to start turning away numerous people who showed up wanting to redeem their pennies. One woman reportedly came with a bagful of pennies that she said she had paid 20 cents each for, insisting that they be redeemed for the full advertised premium. 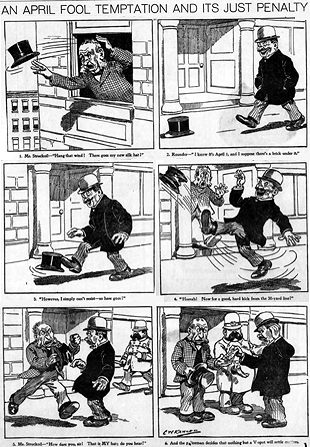