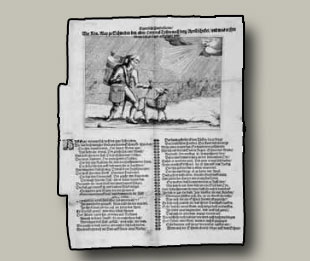 Nach dem Aprill Schicket (1631) A leaflet published in 1631 contained the phrase "nach dem Aprill schicket" in its title. This is the earliest known appearance in print of the phrase "in den April schicken" (or a variant thereof), this being a German idiom meaning to make an April Fool of someone (literally, "to send someone in April").

The leaflet was titled "Eigentliche Contrafactur, Wie Kön. May. zu Schweden den alten Corporal Tyllen nach dem Aprill schicket". It mocked Count Tilly, commander of the Catholic League's forces during the Thirty Years' War, as an April Fool after he was defeated by the King of Sweden. 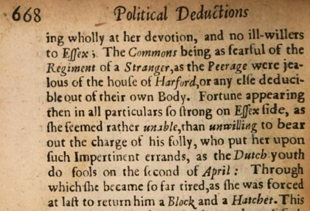 First British Reference (1659)
Francis Osborne's Deductions from the History of the Earl of Essex, published in 1659, contains a reference to a Dutch custom of the youths in that country sending fools on "impertinent errands" on the second of April.

Although Osborne specified the second of April, it's a safe assumption that he meant to refer to April Fool's Day on the first. The fact that he described it as a Dutch tradition suggests that April Fool's Day was still not widely practiced in England.

John Aubrey (1686) John Aubrey's Remains of Gentilism and Judaism, published in 1686, was a collection of material about folk customs and beliefs. It included a brief passage on "Fooles holy day," about which Osborne noted:

"We observe it on ye first of April… And so it is kept in Germany everywhere."

Aubrey's meaning is somewhat vague, but he appears to be saying that April Fool's Day was celebrated throughout Germany. This suggests that he regarded the custom to be primarily a German one. 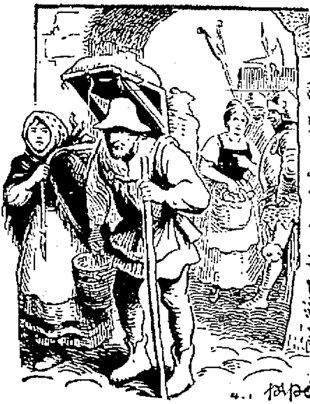 Escape of the Duke of Lorraine (1634) During the Thirty Years' War, the Duke of Lorraine and his wife were held as prisoners within the walls of Nancy, the capital city of Lorraine, at the orders of the King of France. But on April 1, 1634, the Duke and Duchess escaped by disguising themselves as peasants and walking out through the front gate of the city. Their escape was almost foiled when a peasant recognized them and ran to tell a soldier, who communicated the news to his commanding officer. However, it being April 1st, the officer thought he was being made an April Fool (or a Poisson d'Avril, as the French say) and didn't believe the report. By the time the French realized the report of the escape wasn't a joke, the Duke and Duchess were too far away to be overtaken. 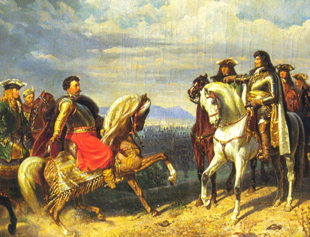 Backdated Treaty (1683) On April 1, 1683, King John III Sobieski of Poland signed the Treaty of Warsaw with the Holy Roman Emperor Leopold I, agreeing that each should come to the other's aid in the case of an attack by the Turks. The treaty was subsequently backdated to March 31 to avoid the stigma (and perceived bad luck) of being signed on April 1. To this day, many companies avoid making major announcements on April 1, and couples avoid being wed, because of the perceived "jinx" of the day. 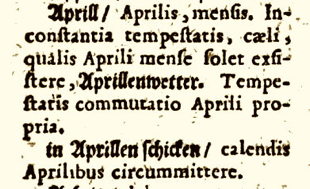 "In den April schicken" is a German idiom meaning to make an April Fool of someone. 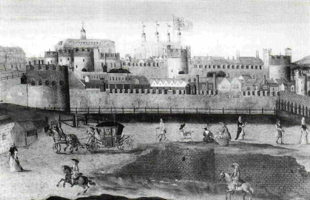 Washing the Lions (1698)
The April 2, 1698 edition of Dawks's News-Letter (a London newspaper) reported that "Yesterday being the first of April, several persons were sent to the Tower Ditch to see the Lions washed." The joke was that there were no lions being washed at the Tower of London (although there were animals there). Therefore, the people had been sent on a fool's errand. This is the earliest known record of an April Fool's Day prank.

For well over a century after this, the prank of sending unsuspecting victims to see the "washing of the lions" at the Tower of London remained a favorite April Fool's Day joke. In the mid-nineteenth century, pranksters even printed up official-looking tickets that they distributed around London on April first, promising admittance to the (non-existent) annual lion-washing ceremony.
General Categories
Regions
Recurring
Settings
Perpetrators
Organizations