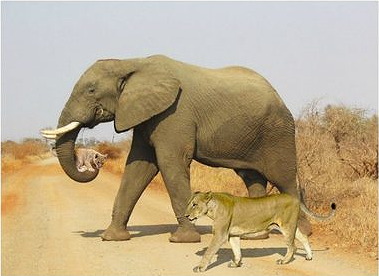 Elephant carries lion cub (2018) On its official Twitter account, South Africa's Kruger National Park posted a photo of an elephant helping a lioness by carrying her cub in its trunk. The caption explained: "The elephant put its trunk down, the cub jumped up & the elephant carried the lion cub!!" The image quickly went viral, reaching over 20 million people, with many people (judging by their comments) appearing to believe that the image was real. Of course, it wasn't. In reality, lions and elephants are typically hostile to each other in the wild. 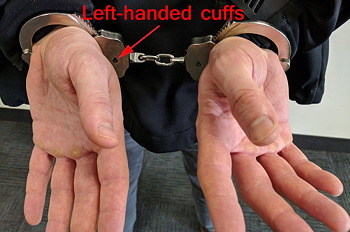 Left-Handed Handcuffs (2018) The police in Manitoba announced that every front-line officer would be supplied with left-handed handcuffs "to accommodate left-handed individuals who get arrested." A police spokesman noted, "Right-handed cuffs were causing a lot of discomfort to left-handed people, so this is a very positive and proactive step." [left-handed items] 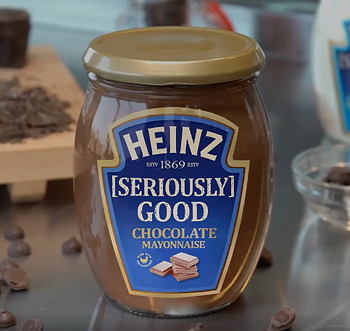 Chocolate Mayonnaise (2018) Heinz UK announced a new addition to its line of condiments: chocolate mayonnaise! The company explained that its chefs had crafted the "top-secret recipe" for Easter by blending Belgian dark chocolate with mayonnaise. The video of the announcement was viewed over 350,000 times on Facebook. Many noted that they would be willing to eat this, if it were a real product. 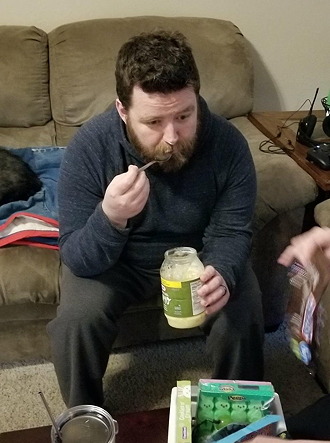 Dad eats mayonnaise from jar (2018) A father, posting under the username Narcolepsyinc on Reddit, revealed that he pranked his kids by casually eating spoonfuls of mayonnaise straight out of the jar as he watched them open their Easter presents. His kids were horrified. What they didn't know was that he had earlier replaced the mayonnaise in the jar with vanilla pudding. The father's post soon reached the front page of Reddit, receiving more than 98,000 upvotes.
General Categories
Regions
Recurring
Settings
Perpetrators
Organizations