Bottle Baby (1955) "Herald photographer Jim Parker's sleep-clouded eyes snapped wide open this morning when he reached for the milk on the doorstep and found this instead. He couldn't believe it. In fact neither can we, but he took the picture for proof just before the Mrs. confiscated his bottle baby." 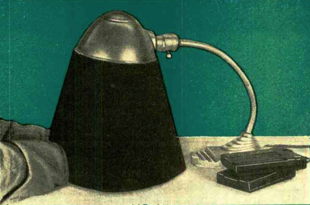 Contra-Polar Energy (1955)
Popular Electronics magazine ran an article about contra-polar energy — a kind of negative energy that, so it claimed, would cause electrical devices to produce the opposite effect of what they normally would do. For instance, if contra-polar energy were applied to an ordinary table lamp it would cast darkness instead of light (as shown in the illustration). Similarly, if applied to a soldering iron or a hot plate, the devices would grow freezing cold.

Contra-polar energy technology was said to have been developed during World War II, but kept classified. The decision had recently been made to declassify it because of its potential use to the general public. 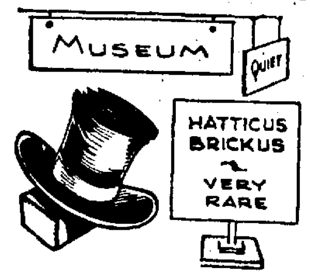 April Fool Changes (1955)
The Era newspaper (Bradford, Pennsylvania) noted the seeming disappearance of once classic April Fool pranks such as the "wallet on a string" and the "brick in a hat."

"Who can remember when he last saw what looked like a well-filled wallet lying innocently on the sidewalk — but with a treacherous string attached? And the battered, old hat which cunningly concealed a toe-fracturing brick — it, too, has disappeared, even from the comic strips. Maybe the H-bomb menace has made us a less prank-appreciating generation. However, no matter what's the cause — the April Fool joke isn't what it used to be in a gayer, happier day."
General Categories
Regions
Recurring
Settings
Perpetrators
Organizations