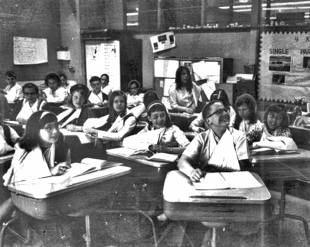 Broken Arms (1966) When Mrs. Rhoda Bell, a teacher at the Wilder Elementary School in Louisville, Ky., walked into her sixth-grade classroom, she discovered that all her students had broken their arms. 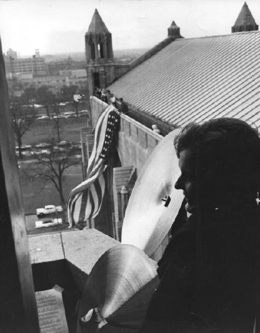 Musical Spoof (1966) At the University of Chicago, a cast of 40 took part in a "musical spoof" featuring the sounds of the 72-bell carillon atop the Rockefeller Chapel. The musicians, who stood in the huge gutter along the chapel's roof, were accompanied by the cymbaling of Mrs. Loraine Percy of Kenilworth, wife of GOP Senate candidate Charles Percy. The climax of the performance was John Philip Sousa's "Stars and Stripes Forever."