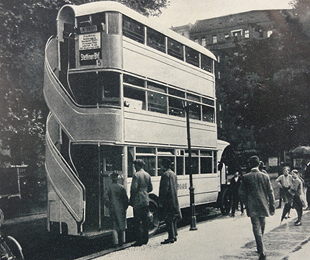 Triple-Decker City Bus (1926) The German magazine Echo Continental reported the development of a new triple-decker city bus. Echo Continental was the trade publication of the auto and truck parts manufacturer Continental AG. The magazine focused on automobile and racing news. 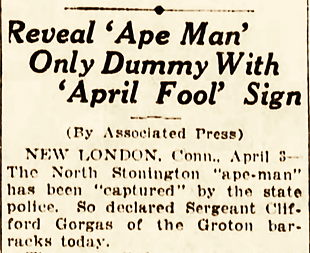 The Stonington Ape Man (1926) Three weeks after the death of their father, the teenage Miner sisters (Muriel and Mildred) reported seeing an "ape man" lurking around their farm in rural Stonington, Connecticut. The creature was said to slump along in the manner of an ape and jumped with considerable more agility than was possible for a human being. Armed posses formed to find the creature, but came up empty handed. After a week of searching, and several days after April 1, Muriel Miner directed the police to Haystack Rock where they found a dummy wrapped in a sheet with an April Fool sign hanging on it. The sisters then confessed that they had invented the ape man as a way to keep unwanted visitors away from the farm. 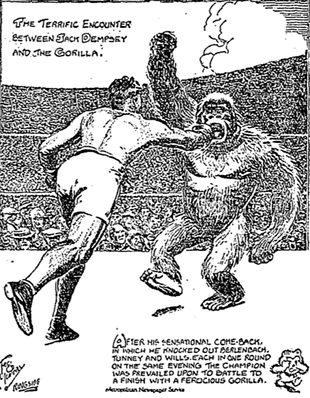