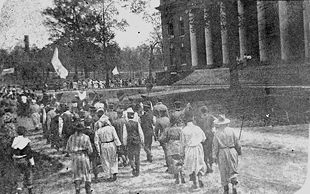 The Clemson April Fool Parade (1907) Students at South Carolina's Clemson Agricultural College (now Clemson University) held a parade on April 1st, which angered the college president, Patrick Hues Mell, since the school was also a military academy and he objected to the sight of the cadets "parading around with their shirttails out in a most unmilitary exhibition for men in uniform." He banned the cadets from repeating April Fool pranks in the future. The next year many of the cadets defied this order, with harsh consequences for them. 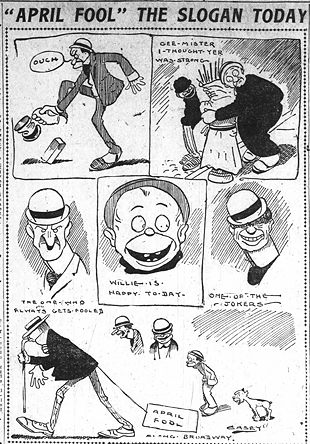 The Slogan of the Day (1907) April Fool cartoon published in the Oakland Tribune. 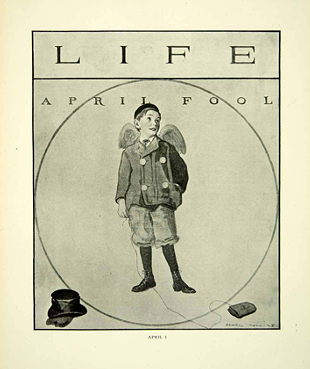 Cherub Boy (1907) The April 1, 1907 cover of Life magazine featured an April Fool theme — a "cherub boy" and his pranks (a wallet on a string, and a brick beneath a hat).
General Categories
Regions
Recurring
Settings
Perpetrators
Organizations