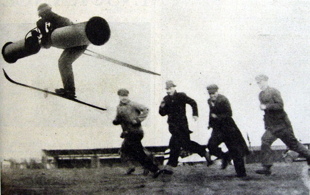 Man Flies By Own Lung Power (1934) In April 1934, many American newspapers (including The New York Times) printed a photo of a man flying through the air by means of a device powered by the breath from his lungs. The man, identified as German pilot Erich Kocher, was said to be blowing into a box on his chest, which activated rotors that created a powerful suction effect, lifting him aloft. Skis on his feet served as landing gear, and a tail fin allowed him to steer.

The photo was actually a joke from the April Fool's Day edition of the Berliner Illustrirte Zeitung.

The Spiral City (1934) The Berliner Illustrirte Zeitung described a new tornado-proof spiral city, Los Spassos, built in the American tornado belt. Even the strongest tornadoes would slide off the rounded houses. Also, the entire settlement was built in the shape of an enormous spiral, directing the turning winds to the center of the city, where the tornado would be directed upward and away by the spiral form of the town hall. 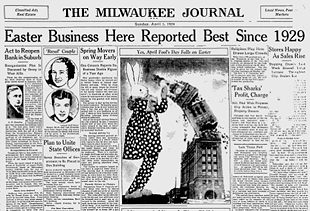 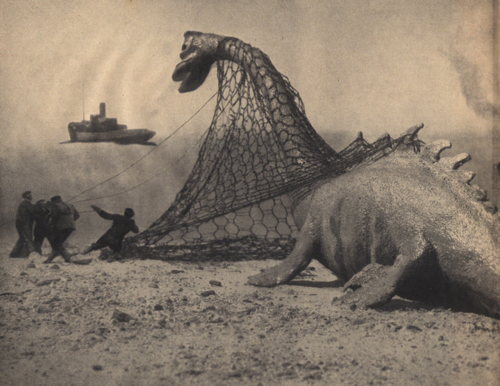 Loch Ness Monster Captured (1934) The Berliner Illustrirte Zeitung ran a photo-feature reporting the capture of the Loch Ness Monster. Hunters, it was said, had been searching for the elusive sea monster for months. Finally lookouts on shore reported seeing Nessie make a rare visit to land. So fishing vessels moved in to prevent her from returning to the water. Then a steel net was thrown over her.

The capture proved surprisingly easy. She was taken alive to an aircraft hangar in Edinburgh. Tourist revenue from her display was expected to be enormously lucrative. 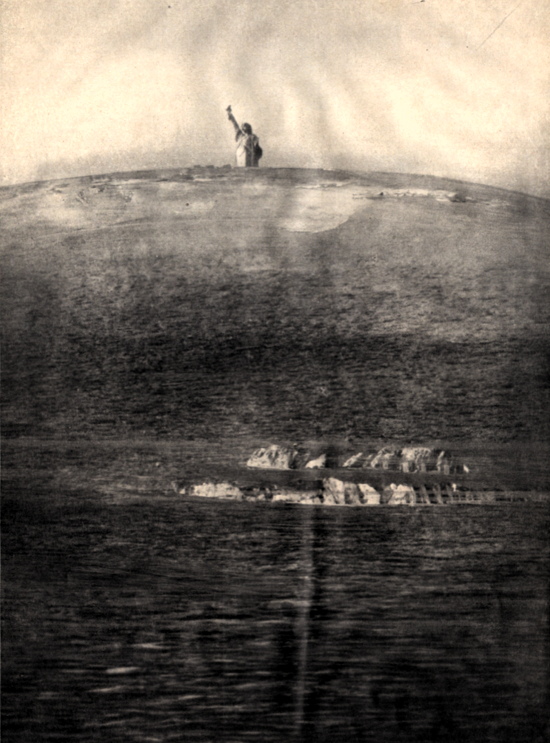 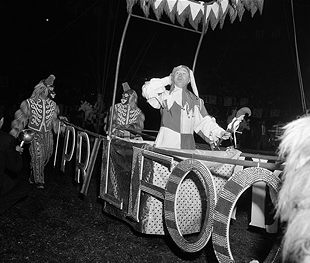 April Fool Parade (1934) Comedian Red Buttons played the role of the April Fool during the opening ceremonies for the Ringling Bros. and Barnum and Bailey Circus held on March 31 at Madison Square Garden in New York City. 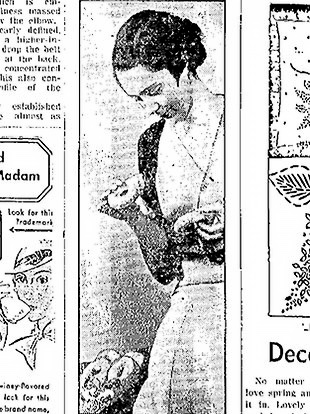 Joke food bounces back (1934) Numerous American papers reported that a shipment of fake donuts and pretzels from Japan, intended for the April Fool's Day market, had been halted by US quarantine authorities, on the grounds that the straw and cotton innards of the fake food might contain dangerous bacteria and fungi. It was noted that, "In Japan April 1 is just another day. The market there for straw doughnuts and cotton pretzels is nill."
General Categories
Regions
Recurring
Settings
Perpetrators
Organizations