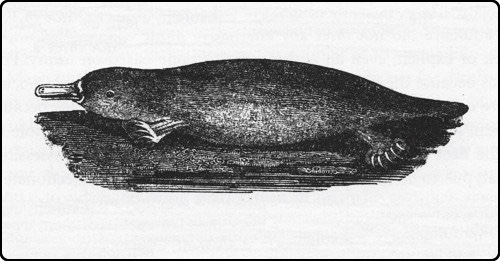 The British Museum received a specimen of an Australian animal that appeared to be a combination of a duck and a mole. Naturalists there suspected it was a hoax. It was only when more specimens of the strange creature arrived in England that naturalists finally, grudgingly admitted it was real. Today we know the creature as the Duckbilled Platypus. It is one of the more famous instances of a hoax that proved not to be a hoax after all. More… 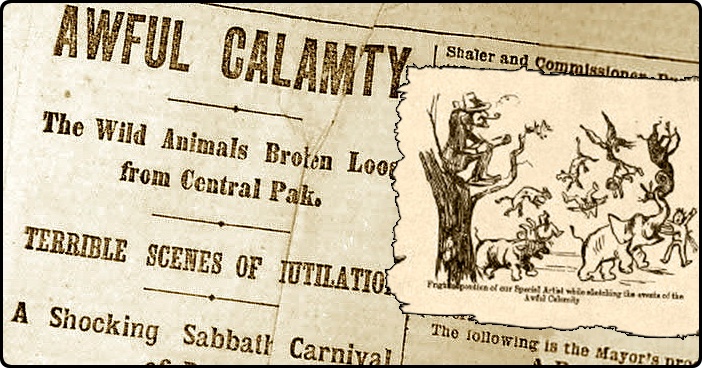 The New York Herald published a front-page article warning that the animals had escaped from their cages in the Central Park Zoo and were rampaging through the city. The police and national guard were said to be heroically battling the beasts, but already forty-nine people were dead and two hundred injured. It was "a bloody and fearful carnival," the article despaired. And the animals were still on the loose! Many readers panicked when they read the article. However, those who did so hadn't read to the end of the article, where it stated (in rather small print), "the entire story given above is a pure fabrication." More… 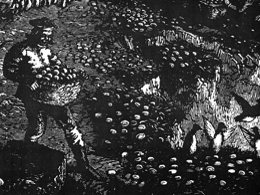 During the final decades of the nineteenth century, a conservation movement coalesced around a campaign to save the nation's birds, whose populations were under pressure because of the fashionability of hats decorated with feathers. The Audobon Society and the American Ornithological Union both formed out of this campaign. The campaign was given renewed urgency in the early 1890s when a report appeared in various publications, including the Northwest Sportsman of Oregon and the Sportsmen's Review of Chicago, that millions of waterfowl eggs were being collected in breeding grounds in Alaska and then shipped east for sale. The eggs, it was said, were a source of dried albumen used in a variety of commercial applications such as photography, the manufacture of leather, and candy-making. The magazines warned that the collection of these eggs threatened the existence of the duck and geese populations of the entire west. More… 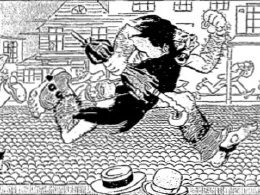 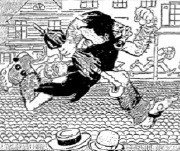 In August 1895 New York City papers received a wire story about a naked, hairy man that was terrorizing townspeople in Winsted, Connecticut. Intrigued, the papers sent reporters up to Winsted to find out what was happening.

At first the reporters did not find much happening up in Winsted. But as they began asking local residents if they had seen an unusual creature lurking around, memories and tongues began to loosen. Soon reports of a "wild man" began to trickle in, and the trickle quickly grew into a flood. With each new sighting the wild man grew progressively fiercer. He seemed to gain at least a foot or so in size every day, and in some accounts he sprouted tusks. Then he became a massive gorilla with thick arms that hung all the way down to the ground. More… 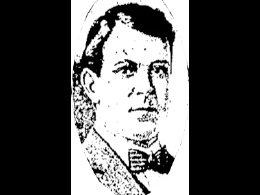 Louis Timothy Stone (1875-1933), more popularly known as Lou Stone, or the Winsted Liar, was a journalist famous for the hundreds of fanciful articles he wrote about the strange flora and fauna surrounding his hometown of Winsted, Connecticut. It was said he had a "faculty for seeing the unusual in stories." More… 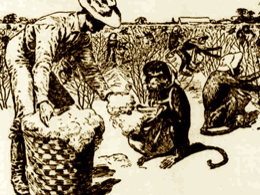 In February 1899, numerous American newspapers, including the Los Angeles Times, printed a story claiming that a farmer, W.W. Mangum, had successfully trained monkeys to pick cotton on his plantation in Smedes, Mississippi. The story was sourced to an article in the Cotton Planters' Journal by T.G. Lane. Reportedly Mangum was so pleased with the success of his monkey-labor experiment that he had ordered more monkeys from Africa, and he was urging other planters to join him in using simians as laborers. There is no evidence this story was true. In fact, the tale of monkeys being trained to pick cotton (or other crops) was one of the more persistent legends that circulated in the American South during the second half of the nineteenth century. Versions of it appeared in newspapers every few years. More… 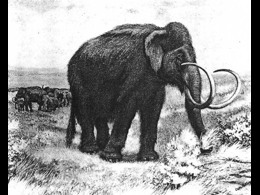 Woolly mammoths became extinct thousands of years ago. But in October, 1899 a story appeared in McClure's Magazine titled "The Killing of the Mammoth" in which a narrator named H. Tukeman described how he had recently hunted down and killed a mammoth in the Alaskan wilderness. More… 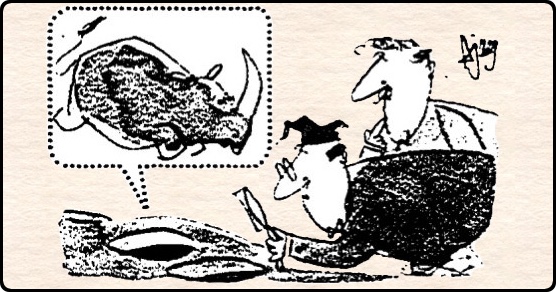 After a heavy snowfall, the footprints of a large animal were found on the campus of Cornell University, leading up to the shore of the frozen Beebe Lake. A hole in the ice indicated that the animal must have fallen in and drowned. A zoologist examined the tracks and identified them as those of a rhinoceros. But the tracks turned out to be the work of Cornell student Hugh Troy who had created them using a rhino-foot wastepaper basket borrowed from a professor's house. More… 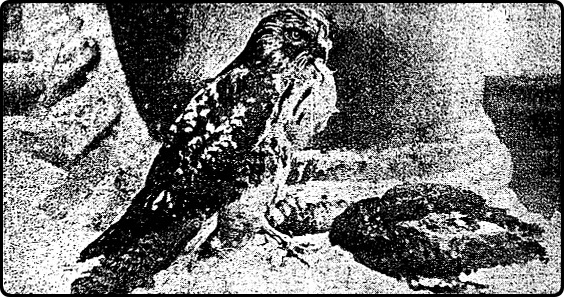 The story of the Killer Hawk of Chicago is a classic tale of early 20th century American journalism. It involves a hawk that may or may not have terrorized the pigeon population of downtown Chicago. More… 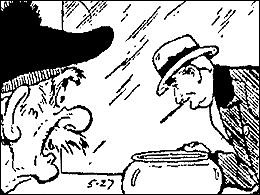 The Brazilian Invisible Fish (circa 1928)

Harry Reichenbach (1882-1931) was a publicist whose career spanned the early twentieth century. In his autobiography, he described a publicity stunt he devised early in his career that has since become a classic example of inventive (though misleading) low-budget promotion. He placed a large, transparent bowl filled with water in the window of a store and beside it placed a sign reading, "The only living Brazilian invisible fish." Soon a large crowd had gathered to see the invisible fish. More… 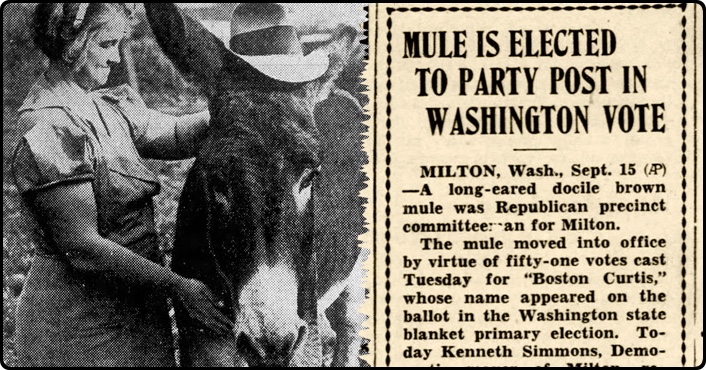 In September 1938, Boston Curtis won the post of Republican precinct committeeman for Milton, Washington, by virtue of fifty-one votes cast for him in the state primary election. Boston Curtis ran no election campaign, nor did he offer a platform. However, he also ran uncontested, so his election shouldn't have been a surprise. But when the residents of Milton realized who Boston Curtis was, they were surprised, because Boston was a long-eared brown mule. More… 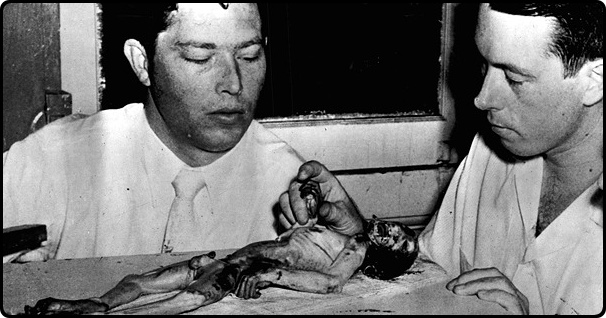 Three young men reported running over a space alien on a rural Georgia highway. What made this case unusual is that the body of the alien was lying on the highway to prove their tale. The incident quickly made national headlines. But when scientists from Emory University examined the 'alien,' they determined it was actually a Capuchin monkey with its tail cut off and fur removed with depilatory cream. The boys confessed they had created it as a prank. More… 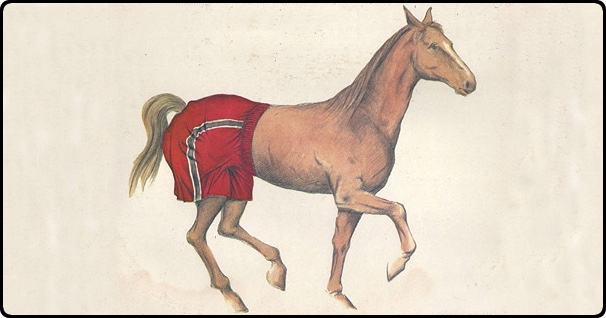 The Society for Indecency to Naked Animals (1959)

G. Clifford Prout was a man with a mission, and that mission was to put clothes on all the millions of naked animals throughout the world. To realize his dream, Prout founded the Society for Indecency to Naked Animals (SINA). Prout's campaign continued until it reached a high point in August 1962, when SINA was featured on the CBS News with Walter Cronkite. But as the segment was airing, a few CBS employees recognized that Prout was actually Buck Henry, a comedian and CBS employee. SINA was subsequently revealed to have been an elaborate hoax. More… 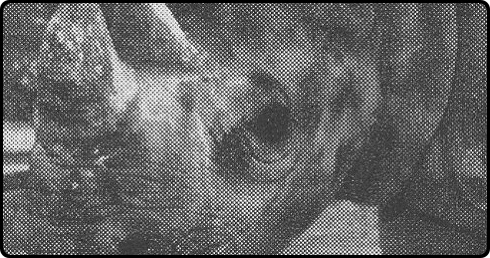 Cacareco, a 5-year-old female rhinoceros, was elected to an empty seat on the city council in Sao Paulo, Brazil after students printed up 200,000 ballots, urging people to vote for her. Not only did Cacareco win, but she did so by a landslide. The voters hadn't been deceived. They were quite aware they were voting for a rhino. One of them even commented, "Better to elect a rhino than an ass." The election of Cacareco is considered to be the most famous example of a protest vote in history. More…

Hollis and friends model his "protest-dappled" sweatshirts. May, 1963.
In 1963 an entrepreneur conceived of a way to promote antisocial tendencies and profit from it. Charlie Hollis, a 37-year-old copywriter and Brooklyn College sophomore, printed up stickers that bore messages such as LOATHE THY NEIGHBOR and KICK A PUPPY TODAY. He then placed an ad for his misanthropic product in the Village Voice: More… 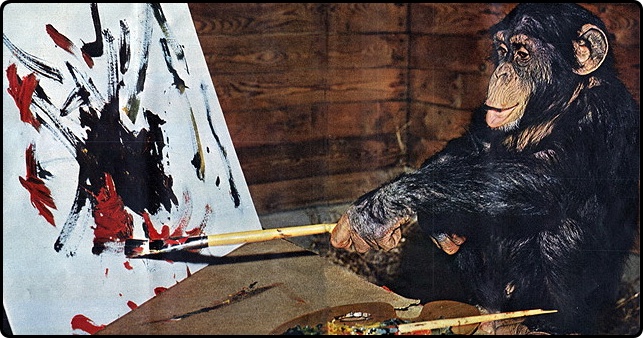 Paintings by a previously unknown avant-garde French artist named Pierre Brassau, exhibited at an art show in Sweden, won praise from critics, one of whom described Brassau's work as having "the delicacy of a ballet dancer." What the critics didn't know was that Brassau was actually a chimpanzee named Peter from Sweden's Boras zoo. A journalist had come up with the idea of exhibiting Peter's work as a way of putting critics to the test — would they be able to tell the difference between modern art and chimpanzee art? To the great amusement of the press, the critics failed the test. More… 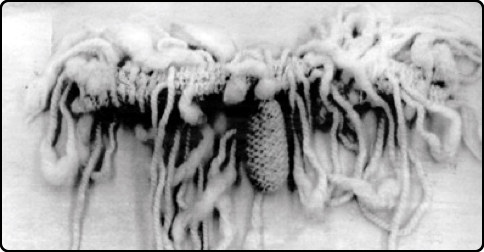 At the 12th Annual Mid-Mississippi Art Competition, held in October 1974, there were gasps of surprise when artist Alexis Boyar walked up to the stage to receive the blue ribbon and $50 cash prize he had won for his entry in the weaving category. The shock wasn't caused by the art. Rather, it was caused by the artist himself since he was a 6-year-old Afghan hound dog. His owners explained that the weaving had originally been an old mitten Alexis found during a walk in the park which he chewed into a "rather interesting shape." They elaborated, "We thought it was interesting enough to enter in competition, but we were surprised when it won a prize." More… 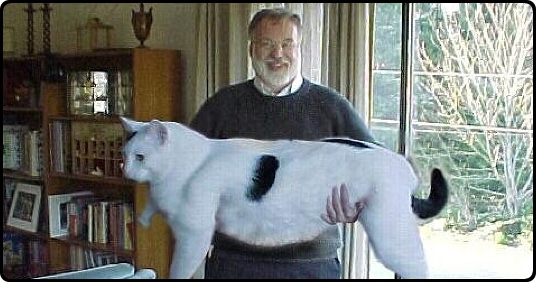 This image became one of the most popular viral images online during the early 21st century. At first the picture circulated without explanatory text, but soon a caption was added claiming it showed "Snowball," a monster-sized cat whose mother had lived near a nuclear lab. The photo was featured on TV shows such as NBC's The Tonight Show and ABC's Good Morning America. Eventually Washington-resident Cordell Hauglie confessed he had created the photo and that 'Snowball' (real name 'Jumper') was his daughter's slightly chubby (but not monster-sized) cat. He created the image to share with some friends, never imagining how popular it would become. More… 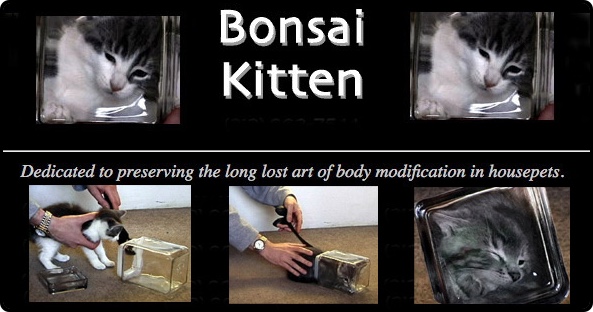 Bonsai is the ancient Japanese art of growing miniature trees by rigorous pruning of their roots and branches. The "Bonsai Kitten" website claimed to apply similar techniques to kittens. The idea was that kittens were sealed inside glass containers, and as they grew (fed and watered through a tube) their bones conformed to the shape of the container, creating a uniquely formed Bonsai Kitten. The site generated massive controversy. Animal lovers demanded it be shut down. Eventually the FBI got involved. Its investigation concluded that the site had been created as a joke by some MIT students, and that no kittens had actually been harmed. More…
View More Categories of Hoaxes