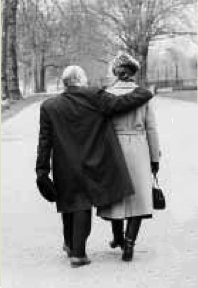 The Daily Mirror broke the news of a romance blossoming between Margaret Thatcher and Mikhail Gorbachev, during Thatcher's tour of the Soviet Union. It accompanied this revelation with photos of the two world leaders sitting together in Moscow's Gorky Park, with Thatcher tenderly tickling Gorbachev under his chin, as well as the two walking arm in arm, and even sneaking a kiss.

The photos were posed by lookalikes, but they succeeded in fooling many. People were particularly shocked that Thatcher, a married woman, would act like that in public.

In real life, Thatcher left Moscow on April 2nd. She told members of the press on her plane that she and Gorbachev "got on very well, considering that we are very different and hold very different views." 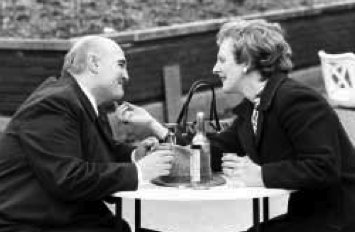