In February 1964, Scandinavian Airlines placed an advertisement in newspapers and magazines throughout America. It featured a bikini-clad blonde model posing on a rock above the caption "What to show your wife in Scandinavia." 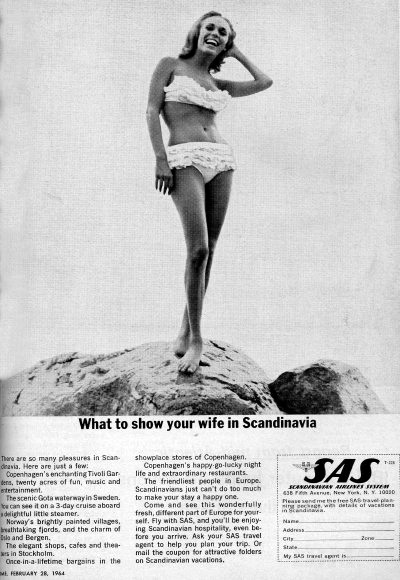 The image above shows the ad as it appeared in most publications. However, the version (below) that appeared in the Los Angeles Times had one detail altered. The editors of the Times, in order to "conform to regulations," removed her belly button. 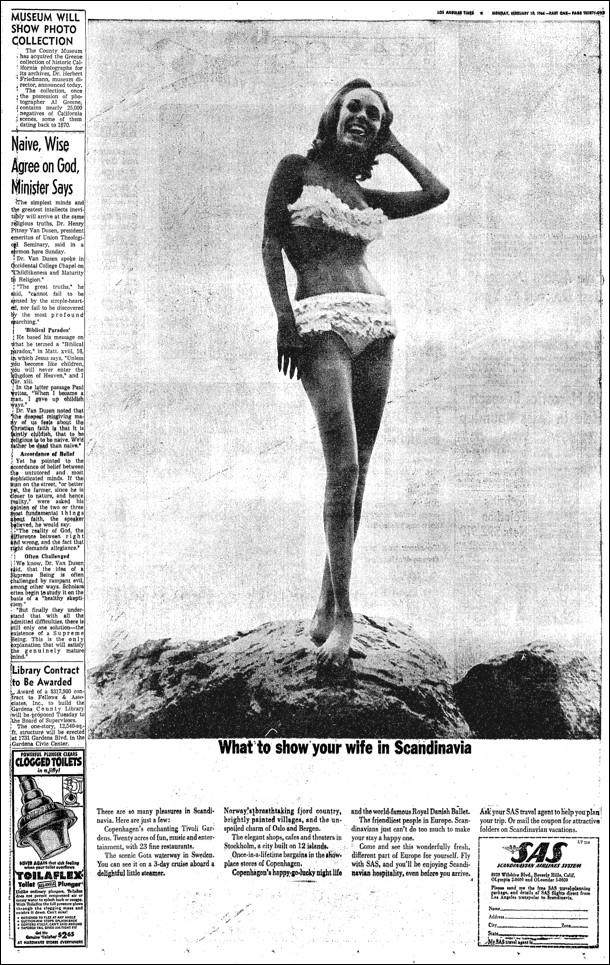