An illustration from around 1770 depicts London youths making fun of an old man on April 1 by tying a kite to his hair. During the 18th and 19th centuries, it was common for young people to celebrate April Fool's Day by playing pranks on strangers in the city streets. It was for this reason that the holiday was often greatly disliked by the older, more respectable members of society. 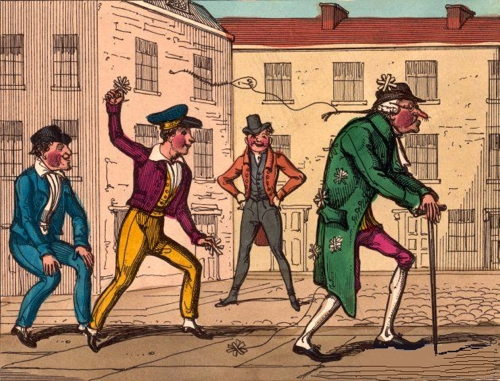