The Berliner Illustrirte Zeitung described a new tornado-proof spiral city, Los Spassos, built in the American tornado belt. Even the strongest tornadoes would slide off the rounded houses. Also, the entire settlement was built in the shape of an enormous spiral, directing the turning winds to the center of the city, where the tornado would be directed upward and away by the spiral form of the town hall. 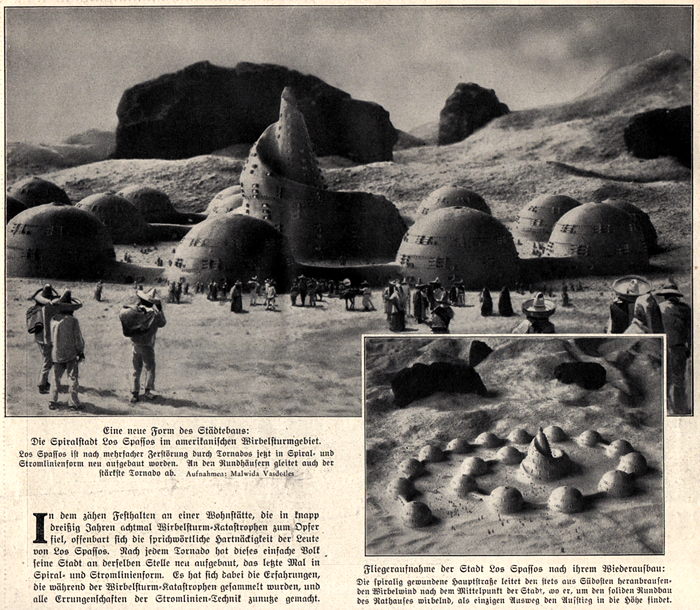 A new type of housing construction: the spiral city Los Spassos in the American tornado belt.
After having been destroyed several times by tornadoes, Los Spassos has now been rebuilt in a spiral and streamlined form. Even the strongest tornado will slide off of the rounded houses.
Bottom photo:

An aerial photo of the town of Los Spassos after its reconstruction. The spiral-shaped mainstreet directs the spinning tornadoes, which always come out of the southeast, to the center of the city, where they're directed upwards through the spiral form of the town hall.
April Fool's Day, 1934
Tweet