Residents of Copenhagen who visited the square in front of the town hall were greeted by a strange sight. One of the subway cars from the city's new subway, which was under construction, appeared to have burst up through the pavement. The subway car actually was a retired vehicle from the Stockholm subway. It had been cut at an angle and loose bricks were placed around it, to give the illusion that it had crashed up from below.

The stunt was sponsored by Gevalia Coffee, whose advertisements had an ongoing theme of vehicles popping up in strange locations, with the tagline "Be ready for unexpected guests." 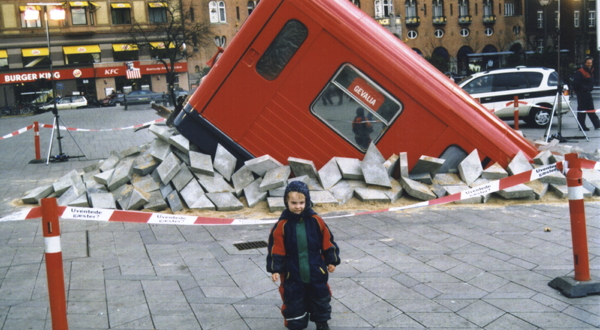