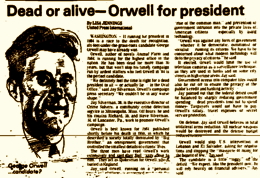 Three men, who identified themselves as Richard Silverman, Steven Silverman, and Jay Silverman, held a press conference at Washington's Mayflower Hotel at which they announced George Orwell's candidacy for the 1984 presidential election. They said, "We intend to use the Orwell candidacy as an avenue for humor during the long presidential election process. April Fool's Day seems an appropriate date to announce Orwell's candidacy." George Orwell died in 1950. 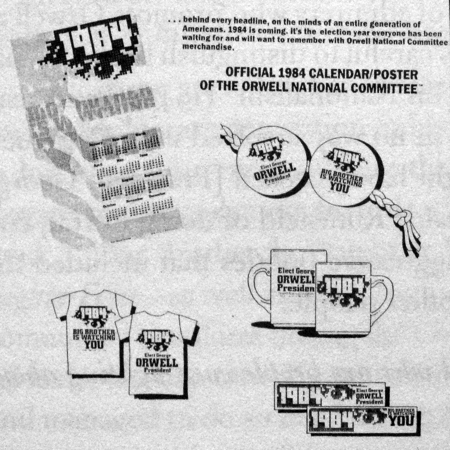