Found in Mermaids with Other Tales (1882) by Charles Henry Ross : a discussion of broiled mermaids.

Apparently they taste like pork, which isn't surprising since (so it's said) human flesh tastes like pork also.

But I wonder what wine pairs best with mermaid?

BROILED MERMAID
In the "Universal Dictionary of Arts and Sciences," John Jablousky says the skin of meer men and mermaids is of a brownish-grey colour, and their intestines are like those of a hog; their flesh as fat as pork, particularly the upper part of their bodies; and this is a favourite dish with the Indians, broiled upon a gridiron.

Again, Edward Draper elsewhere says, "Mermaids are frequently catched which resemble the human species. They are taken in nets and killed, and are heard to shriek and cry like women. The flesh is much like pork in taste, and the ribs are reckoned a good astringent." 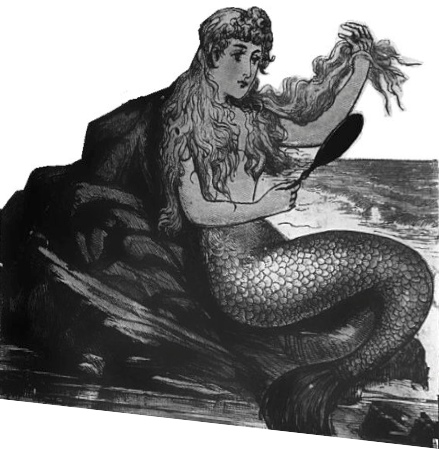