To almost nobody's surprise, that crop circle near Salinas has been revealed to be a marketing stunt. It was created in order to promote a new mobile processor by NVIDIA. The CEO of NVIDIA admitted to the stunt during a presentation in Las Vegas. 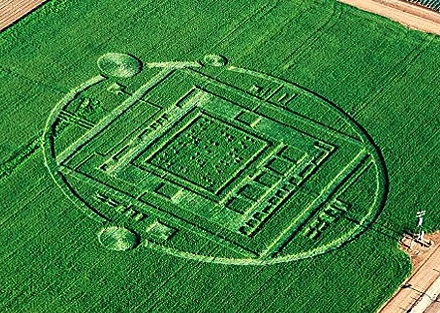 There were some clues. Small dots inside the circle spelled out the number 192, in braille. Also, three large dots on the outer perimeter of the circle were positioned at the clock-hand positions of 1, 9, and 2.

The number 192 was a reference to the number of cores in the company's new processor.

This isn't the first time a company has created a crop circle as a marketing stunt. Back in February 1993 a crop circle appeared in a field of rye outside Johannesburg, South Africa. The clue that time was more obvious. The crop circle was in the shape of the BMW logo. 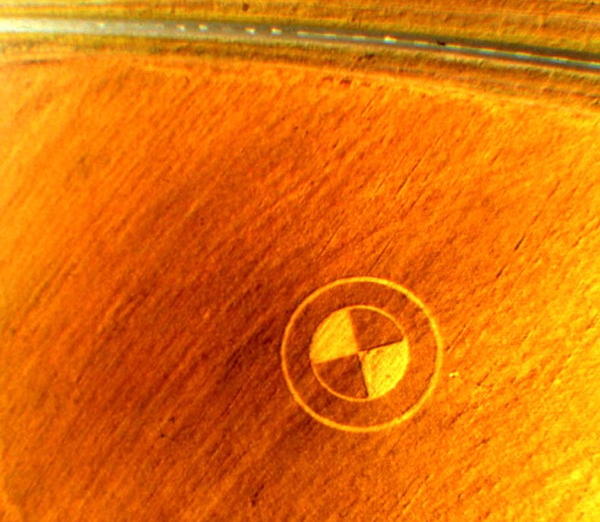