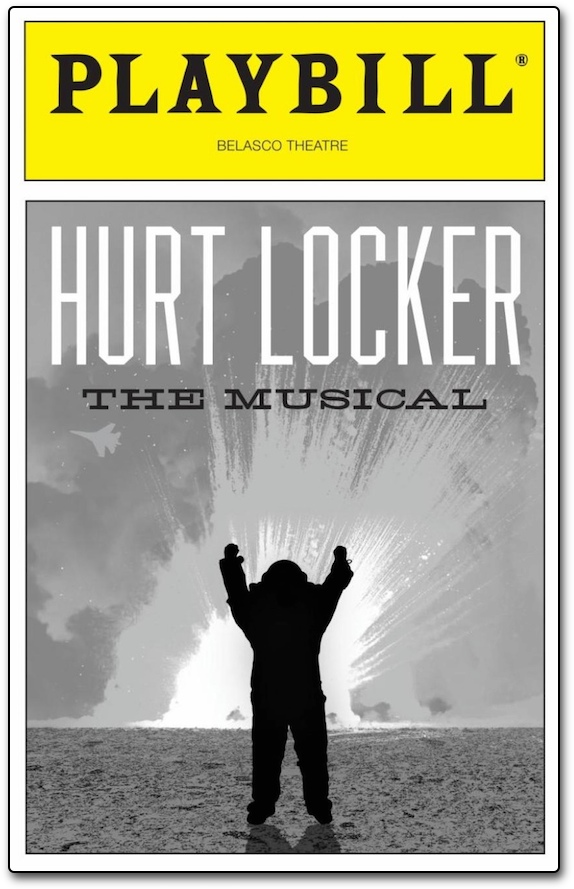 The audience at the recent Broadway premiere of "Hedwig and the Angry Inch" found playbills beneath their seats for a completely different production, "Hurt Locker: The Musical."


"Hedwig" is being performed at the Belasco Theatre — and to maintain the illusion of a late-night one-off show by an East-German transgender pop-rocker — producers littered the floor with Playbills from a show that opened and closed on the same night. Enter "Hurt Locker" Fauxbills.
Actually, Hurt Locker doesn't sound that implausible as a musical, given some of the unlikely musicals that actually have been produced, such as Strunk & White's Elements of Style (the musical), or Thalidomide (the musical).

Another fake musical that I've recorded here on the site was Mars Attacks: The Musical, which was an April Fool's Day hoax back in 2012.

Below are some of the pages from the playbill created for the Hurt Locker musical. I like the titles of the musical numbers, such as "Your Body is The Bomb (Literally)". Also worthy of note is the fake ad for a bar of gold that appeared at the end of the playbill. The full playbill can be seen at the Playbill Vault. 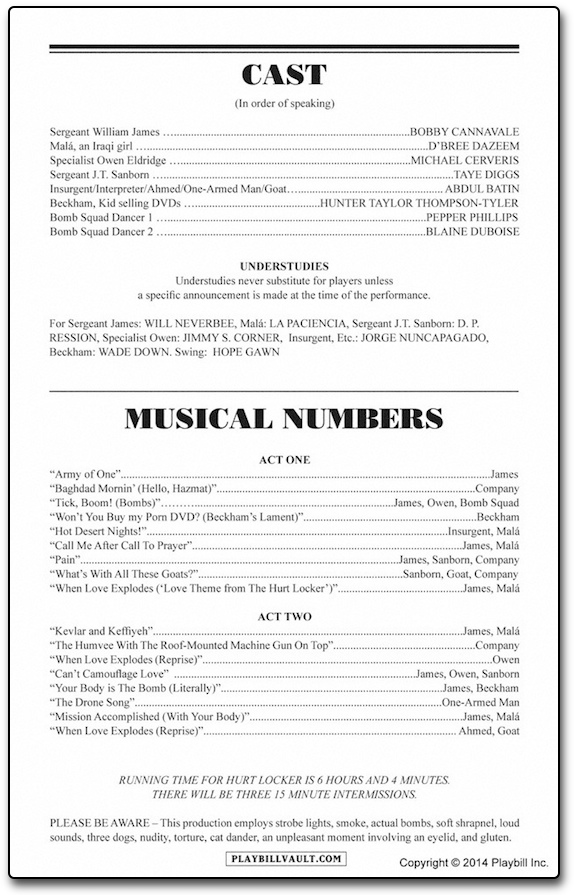 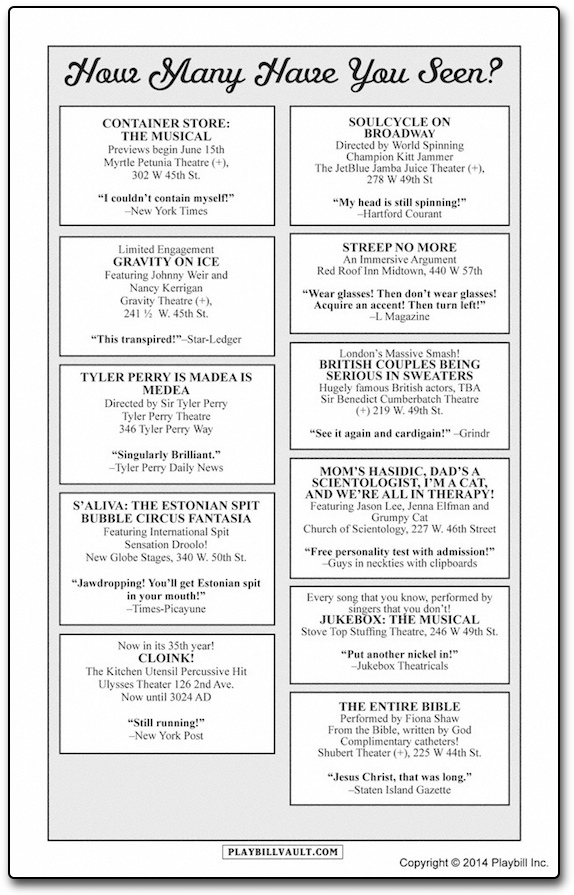 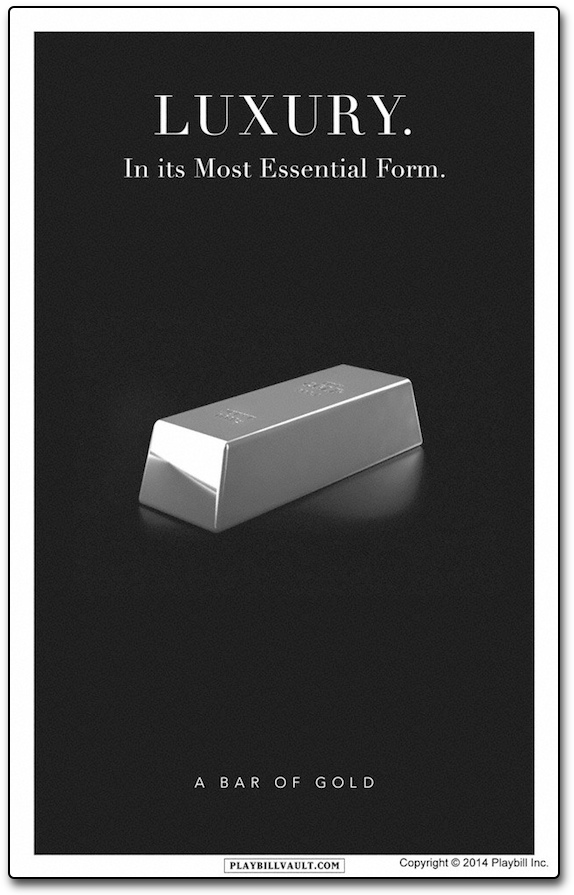