YouTube "rickrolled" its visitors. All the "featured video" links on its front page sent people to a video of 1980s pop singer Rick Astley singing his 1987 hit Never Gonna Give You Up. The video was posted under the user name YTRickRollsYou. Over 7 million people fell for the prank.

["Rickrolling" is a bait-and-switch-style prank that became popular on the internet in 2007. The prank is simple. A victim is tricked into clicking a link that takes them to a video of Rick Astley's song.] 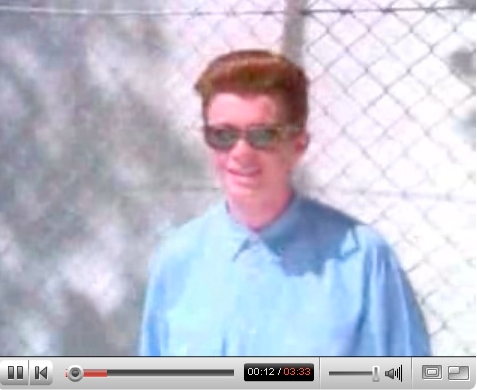