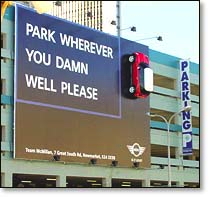 Car-maker MINI placed ads in several Australian papers describing a new space-saving technology: the Vertical Parking Locator (VPL), which allowed MINIs to park vertically on the side of buildings. Their press release stated:

The world-first VPL allows MINI Coopers to be parked vertically against walls, thus saving substantial parking space. ASC+T-backed VPL gives MINIs sufficient traction to attain and maintain an erect parking position and to cling securely to the side of the designated building. All-but seamless in operation, VPL makes its presence felt via a subtle frisson of vibration as the traction system is activated. A warning jingle recorded by a string quartet in the key of G also sounds.

To demonstrate the technology MINI also placed one of their cars on the side of the Woolworths building in George Street, Sydney. 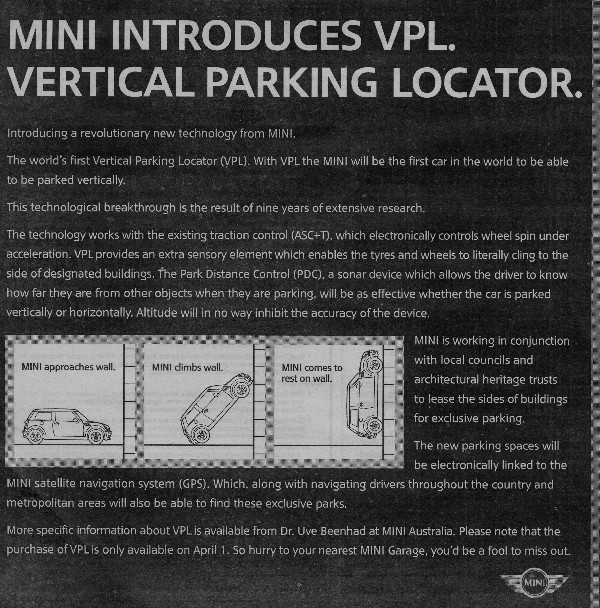