The German Gardener's News, edited by Herr Möller, issued an April Fool's Day edition that discussed various botanical discoveries. For instance, it was revealed that scientific investigation had discovered varieties of flowers that were so phosphorescent they gave sufficient light to read by. "Under proper conditions the flowers of the clematis glow like stars, while sunflowers, if correctly nurtured, make it quite possible to read a newspaper by their unaided light." An accompanying photograph showed Herr Möller reading by the light of sunflower lamps in his garden at 10 o'clock at night.

Also discussed in the same edition was the new fad of growing fruit trees in the likeness of Emperor William, and the accidental discovery of a hybrid of bottle gourds and grape vine that produced gourds full of delicious Rhine wine. [Chicago Tribune, Apr 13, 1901.] 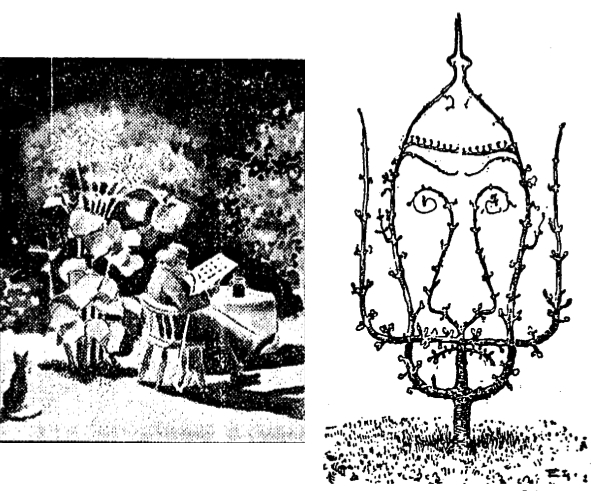