The Guardian writer "Olaf Priol" reported that the UK Labour party had decided to embrace Prime Minister Gordon Brown's "reputation for anger and physical aggression" by rolling out a series of campaign ads that presented Brown as a "hard man, unafraid of confrontation."

One ad had Brown declaring, "Step outside, posh boy," followed by the tagline: "Vote Labour. Or else." Another ad asked, "Do you want some of this?"

The hope was that voters would be drawn to an alpha-male personality who was "prepared to pummel, punch or even headbutt the British economy into a new era of jobs and prosperity."

Labour strategists were even said to be considering having Brown engage in a "high-profile incident of violence" on the campaign trail, such as delivering a "single well-aimed blow" to the face of his opponent David Cameron.

The spoof posters that The Guardian created quickly achieved viral status online, briefly becoming the most popular topic on Twitter.

The Guardian invited readers to submit their own Gordon Brown hard-man campaign ads. 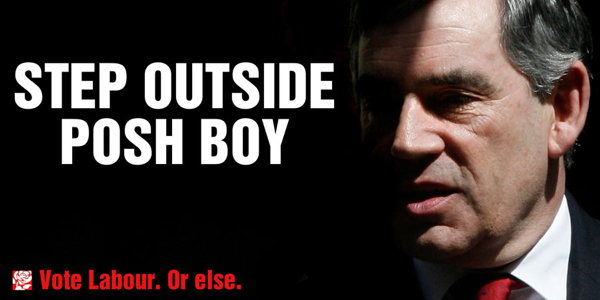 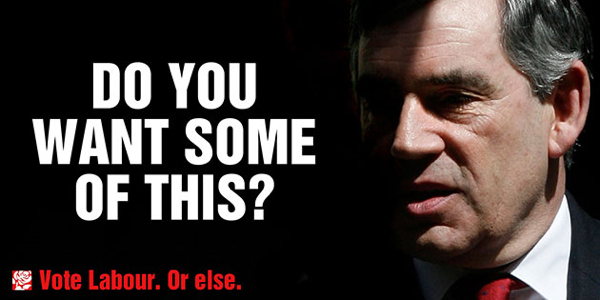