Bob Carroll, creator of the online Skeptic's Dictionary, announced that he was abandoning skepticism and embracing a Christian belief in divine design. He attributed his conversion to an epiphany that occurred after doing yardwork:

"I came in afterward and noticed that there were several weeds stuck to my socks and shoes. It was like a hammer to the head. I started to see the patterns. There was clearly a design here. The weeds excreted a sticky substance that allowed them to cling to my clothes. When I moved around I carried their seeds with me and had unwittingly deposited them throughout my yard. Soon, my yard would be crawling with weeds and I would have been partially to blame. But I wasn't concerned about the yard. I had a bigger problem. I had seen that randomness could not account for the weeds' behavior. Yes, behavior. What else could it be? The weeds clearly know what they are doing. They didn't just accidentally cling to me. There is no way this was just matter randomly and meaninglessly behaving in a way that looked like design. This was truly design at work." 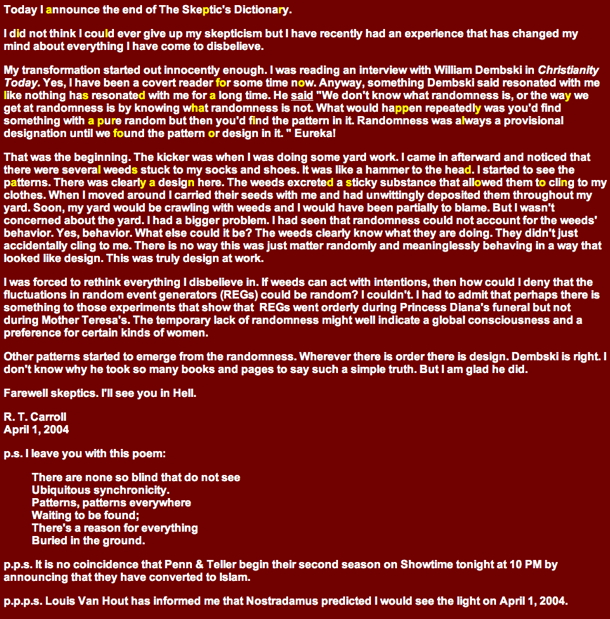