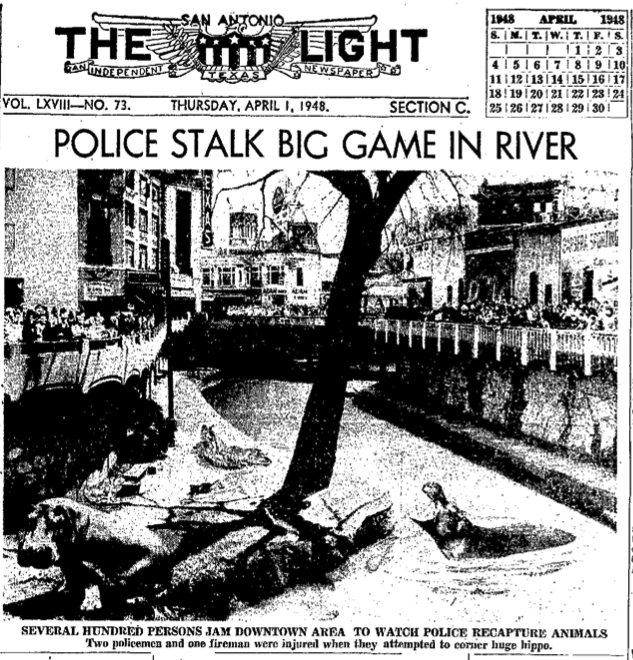 The San Antonio Light warned that two hippos and two alligators had escaped from the zoo and were at large in the San Antonio River. An accompanying article offered more details:


Wild Beasts Escape From Zoo
Police, armed with rifles, submachine guns and grenades, raced to the river walk at daybreak Thursday to round up two hippos and two alligators which escaped from the zoo.

Several hundred persons gathered at the Houston St. bridge to watch. A warning the animals were dangerous was broadcast to the crowd from a loudspeaker van.

Some unauthorized person opened a sluice gate in the zoological park during the night, it was learned, and the animals made their way downstream unnoticed.

At the same time, a posse of police officers, deputy sheriffs and zoo keepers began searching for a third alligator. Residents along the river and the creeks were cautioned in a special broadcast over all local radio stations.