An official announcement appeared on the website www.opecinfo.com declaring that the Organization of Petroleum Exporting Countries, after 22 hours of emergency negotiations with independent fuel operators, was close to deciding to offer motorists around the world free fill ups on the first Saturday of each month for the next six months. Motorists would simply have to print out and complete an online form which they could then present at any gas station to receive their free fill up. Gas stations would, in turn, submit customer's receipts to OPEC to receive a full reimbursement for their costs.

It was anticipated that the free offer would create enormous traffic jams on every Saturday that it applied.

Some commuters took the announcement seriously and appeared at gas stations with their completed forms, demanding free gas. It turned out that the OPEC website and announcement was the handiwork of JokeWeb.com, an online humor site. A spokesman for the site claimed that JokeWeb.com would honor the offer and pay all those who had filled out the form $50 worth of gas every Saturday for the next six months. 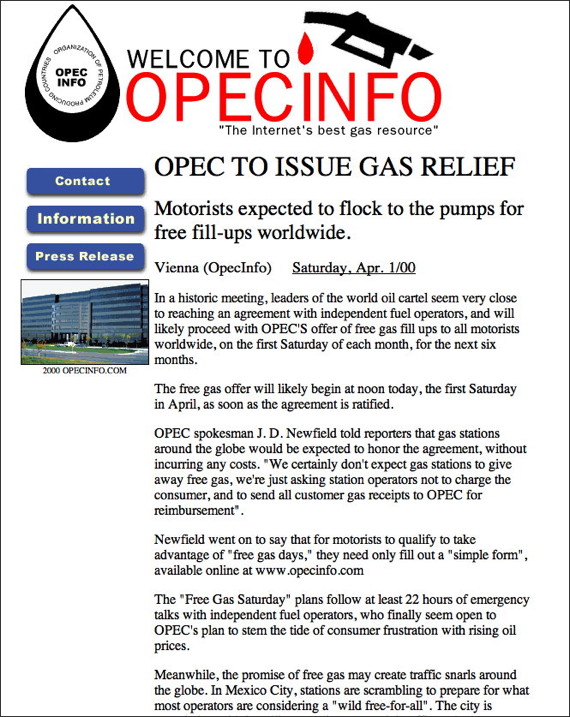