An ad that ran in UK newspapers announced the debut of a new odor-fighting "Miracle Shirt." The shirt contained a "neutralizing agent" that was released from the "unique microfibre technology" as soon as the wearer started to sweat. "Slip it on and Bang! — the BO is gone," the ad promised.

Those who visited the accompanying website, miracleshirt.co.uk, discovered the Miracle Shirt was an April Fool product designed to promote Gillette Anti Perspirant.

In some versions of the ad the model wore an eyepatch. In others he didn't. There was no apparent reason for this difference. 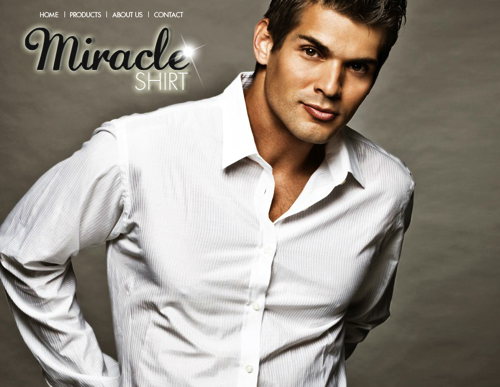 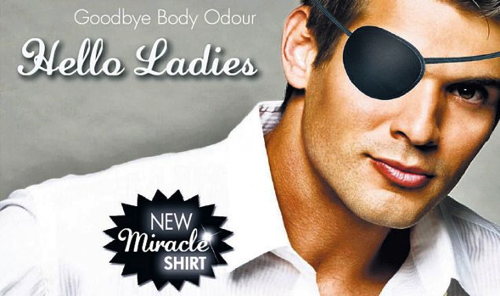