The Long Beach Independent reported that the New York Yankees had traded center fielder Mickey Mantle to the Los Angeles Angels. In return for Mantle, the Yankees received "$1 million dollars, half interest in radio station KMPC and a player package of Ned Garver, Del Rice, Aubrey Gatewood and Gene Leek." 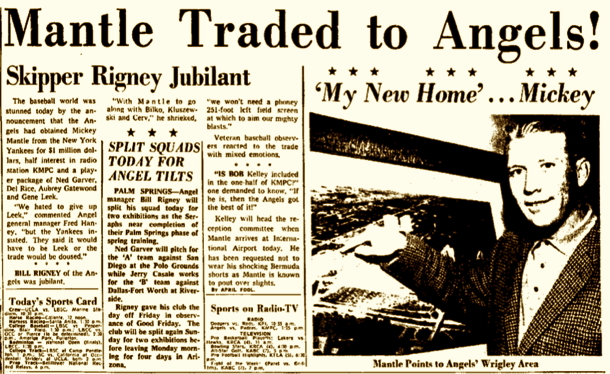