Of all the holy relics that circulated throughout medieval Europe, relics associated with Jesus Christ — anything he supposedly touched or used during his life — were the most prized. By this measure, no relic was more valuable than the Holy Foreskin since it was an actual body part of Christ. In fact, the foreskin is the only body part the Bible specifically mentions being removed from Christ during his life (eight days after his birth) and which presumably stayed behind on Earth after he ascended into Heaven.

The circumcision of Christ was a popular subject in religious art during the Late Medieval and Early Modern periods. Below are just a few examples, selected at random from the numerous depictions of the scene that were made. 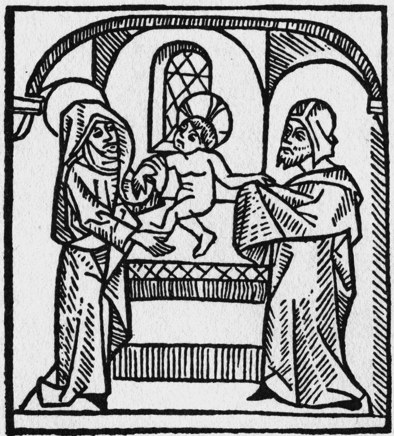 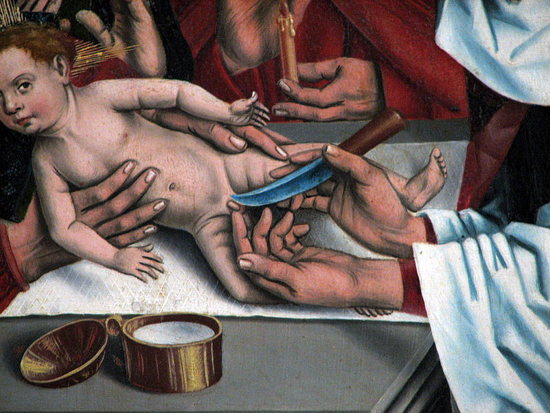 Circumcision of Christ, detail from the Twelve Apostles Altar by Friedrich Herlin, 1466 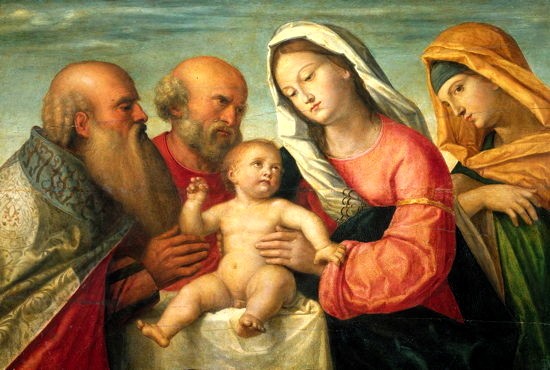 Circumcision of Christ,
by Francesco Bissolo, circa first half of the 16th century 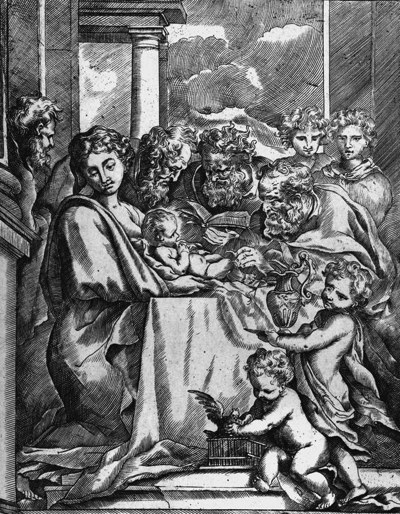 The Circumcision of Christ,
by Bartolomeo Biscaino, 17th century

But the Holy Foreskin didn't appear only in art. The actual physical artifact — or what people claimed was the real thing — was a popular object of veneration.

The Holy Foreskin first made an appearance in medieval Europe around 800 ad, when King Charlemagne presented it as a gift to Pope Leo III. Charlemagne said it had been given to him by an angel.

However, rival foreskins soon began to pop up all over Europe. All told, twenty-one different churches claimed to have the Holy Foreskin, often at the same time. Various miraculous powers were attributed to these foreskins. In particular, they were supposed to be able to protect women during childbirth.

Given the glut of Holy Foreskins, churches made efforts to have their foreskin authenticated by Church leaders as the sole genuine article. In the early 12th century, the monks of San Giovanni in Laterano, Rome asked Pope Innocent III to rule on the authenticity of their foreskin, but he declined to do so. Later, the monks of Charroux claimed their foreskin to be the only real one, pointing out that it apparently yielded drops of blood. This convinced Pope Clement VII (1523-1534) who declared theirs to be the authentic thing.

Some medieval theologians argued that all the Holy Foreskins necessarily had to be frauds since the actual Holy Foreskin had, they asserted, ascended into Heaven with Christ. The 17th century theologian Leo Allatius speculated in his essay De Praeputio Domini Nostri Jesu Christi Diatriba that the holy foreskin had ascended into heaven at the same time as Jesus, and had become the rings of Saturn.

The rings of Saturn, or Christ's foreskin?

The Catholic Church eventually sought to extract itself from the Holy Foreskin controversy, deciding that it was rather unseemly for so much attention to be paid to Christ's private parts. It adopted the view that all the rival foreskins were frauds, and in 1900 made it a crime punishable by excommunication to write or speak about the Holy Foreskin.
Links and References
Religion Hoaxes of the Middle Ages Historical Forgeries
Tweet

I just keep wondering about foreskin ascending into heaven. I have two questions: a) How did Jesus reunite with his foreskin? Did theymeethalfway? Did he go pick it up on his way up? If so,how did he know where to find it? Obviously they were saved back in the day or there wouldn't be so many floating around. Did mom's keep them tucked away in a dresser drawer with the baby teeth?; and b) Did anyone witness the Friedman's ascension into heaven,and if so, what on earth was going through their mind at the time?

Posted by Tandarat  on  Thu Feb 19, 2015  at  11:44 PM
Ok, first off...actual non-sexual realistic depictions of humans aren't inappropriate for either gender to see. Especially at age 13 or 14. Welcome to the moronic misconceptions that leave American kids at such a disadvantage when it comes to grasping basic biology, most notably human anatomy.
We don't live in the Dark Ages any more, so hiding images that YOU seem offensive for reasons steeped in ignorance, that's just ludicrous!
Second, it's college. C-O-L-L-E-G-E. A collage could be an artful grouping of the classical art depicted above...
Posted by Kay  on  Sun Feb 26, 2017  at  05:46 AM