Google announced Google Nose Beta — allowing people to smell what they searched for online. The company explained that they had leveraged "new and existing technologies to offer the sharpest olfactory experience available," with their "street sense vehicles" roaming far and wide to index millions of different scents, thereby creating the "Google Aromabase" of 15M+ "scentibytes." 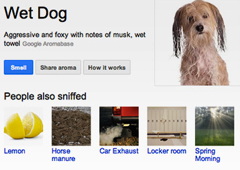 The scents were smellable by people at their computers because Google was supposedly able to manipulate the photons coming out of the screen, causing them to intersect with "infrasound waves," thereby temporarily aligning molecules to emulate particular scents. 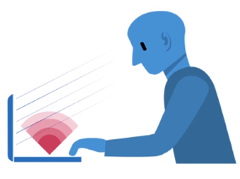