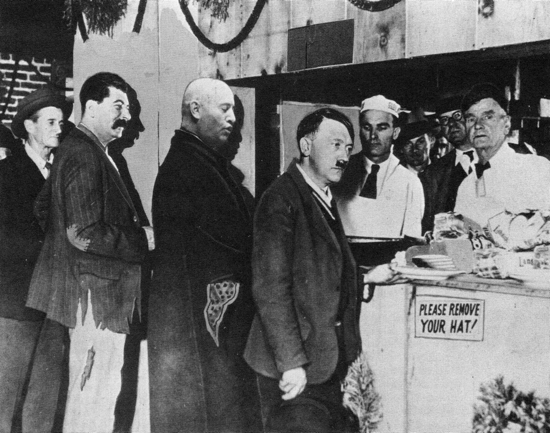 "The picture... shows the present plight of the former three most powerful dictators of Europe, summarily ousted by their parties when they were discovered in a hotel room playing a game called 'Guns, Guns — Who's got the Munitions Contract?' Der ex-Reichfuhrer Adolf Hitler, dejection in every line of his face, is gratefully receiving a handout. Italy's Benito Mussolini pushes in for his turn, hoping vainly that there'll be spaghetti. Russia's Joseph Stalin, third in line, smiles sardonically at the turn of events, and has just coined a little wisecrack: 'Let them eat crusts!'"