The Independent ran a photo of a rare sighting of the Cumbrian Bogart — a creature that was half-badger, half-fox and roamed the Cumbrian fells in the Lake District. For years a stuffed Bogart had been on display in The Twa Dogs pub in Keswick. The creature and its habitat were tirelessly guarded by a "small group of conservationists" who were members of the British Bogart Preservation Society. The photograph was taken by Brian Duff, a member of this society. BBC's Nationwide news program later ran a follow-up segment about the Bogart, in which they interviewed the members of the society. 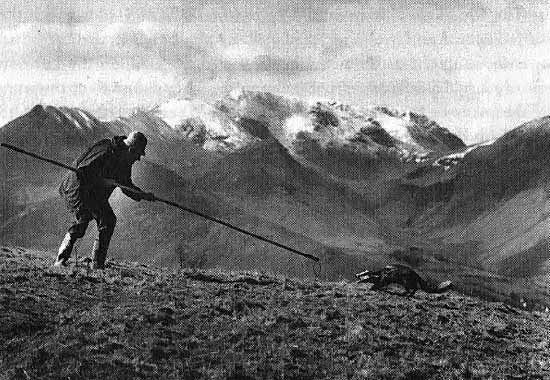