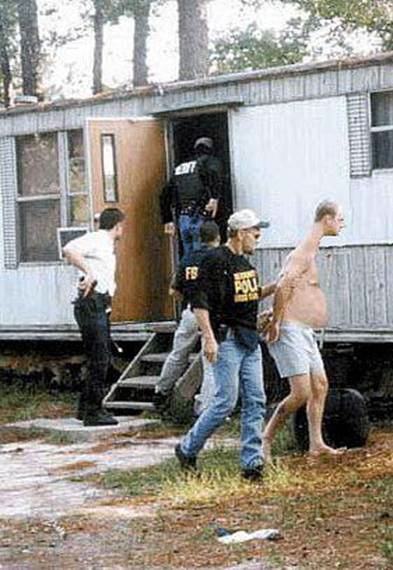 Talk about a pain in the neck. Photoshop has made this guy look a bit like a giraffe, or E.T.

This photo has been circulating via email for a few months. It's usually titled 'They finally captured E.T." or some variation of that. I think it's fair to conclude that the neck and stomach of the man being led away by the police officer have been digitally enlarged. Note the boxy pixellation where the photoshopper cut-and-pasted to lengthen the neck:

(thanks to Karen Robinson for sending this).