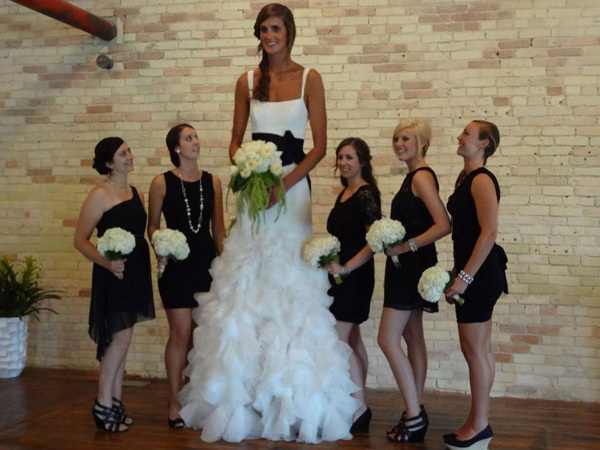 The above picture has been doing the rounds in recent months, often with the caption "Very Tall Bride."

The bride in the photo is Allyssa DeHaan, a collegiate basketball player at Michigan State University from 2006 to 2010. In real life DeHaan is very tall — 6 ft 9in. So could this photo be real?

Well, no. When I first saw it, I thought perhaps she was standing on a box, perhaps for a gag photo. But some more investigation revealed her height in the photo is a result of good, old-fashioned photoshopping. The manipulation was done by a DeviantArt member going by the username lowerrider, who enjoys creating fantasy photos of giant women.

I found the original, unaltered photo of DeHaan at her wedding (below) over at Flickr. 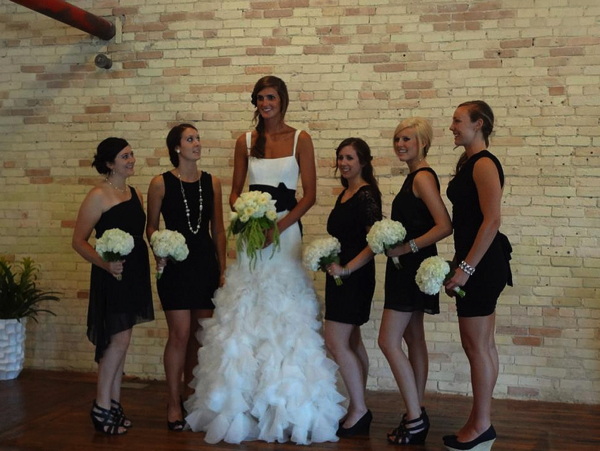 Pretty good job too. The 'artist' even tipped the heads of the girls to the far right and left up more to give the height effect better plausibility!
Posted by hulitoons  in  Abingdon, Maryland  on  Tue Mar 19, 2013  at  01:06 PM
Commenting is not available in this channel entry.