The first (fake) photo from the Curiosity rover 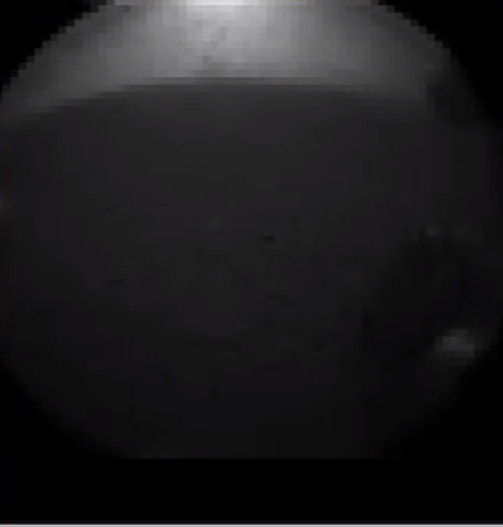 The first image (above) transmitted by the Curiosity rover from Mars was kind of blurry and unexciting. So the folks on Twitter and Tumblr substituted a more dramatic shot (below). It's circulating with the caption: "NASA just landed a rover on Mars, this is the very first picture. This JUST happened minutes ago."

It actually is a picture of Mars, but it was taken by the Mars Spirit rover in 2005. (link: gawker.com) 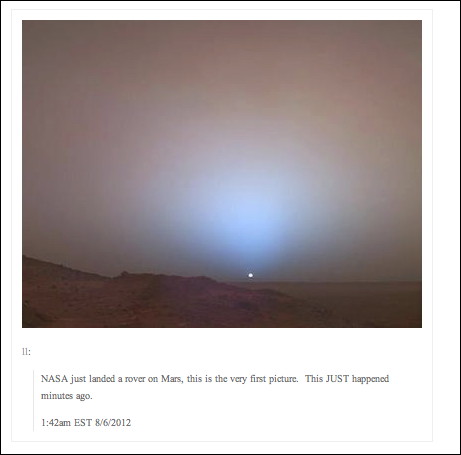 After the DECADES I have waited for this moment in history to unfold, I didn't really care HOW blurry/bland the pics were! I am just ecstatic that they came through at all! (After all, the landing sequence was just about as complicated a setup as could possibly be imagined...) :gulp: :cheese:

Nice to see that THIS mission was chopped off like the rest of them were!
Posted by daveprime  in  Deep in the sticks...*yay internet!!*  on  Wed Aug 08, 2012  at  05:13 PM
Commenting is not available in this channel entry.