In 1954, Syed Hassan Osman Mustapha was a young man from Pakistan studying in London. One day he was invited to attend a "knighthood" ceremony at a Rover Scout Group meeting, and while he was there he mentioned that he happened to be part of the royal family of Afghanistan. In fact, he was a prince.

He later said that he had intended the remark as a joke, but everyone took him at his word, and he enjoyed the attention so much that he decided to continue the ruse.

Soon word of his princely status had spread around the affluent London district of Osterley where he was living, and he found himself being feted as visiting royalty. 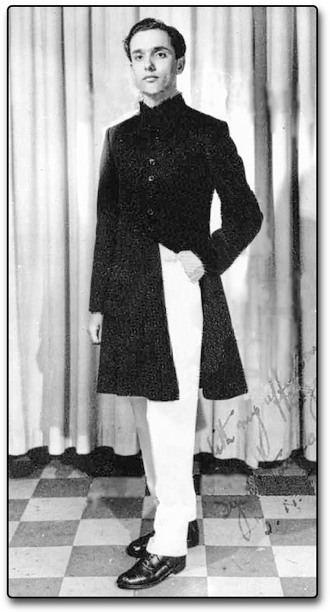 "Prince" Syed Hassan of Afghanistan
The Rotary Club made him guest of honor at a luncheon. Sir Rob Lockhart, former British military attache to the Kingdom of Afghanistan, called upon him to pay his respects. And finally the mayor received him with an elaborate ceremony at the town hall.

But after he had been living eight months as a prince, the Afghan embassy got word of him and sent an inquiry to find out exactly who he was, and which branch of the former royal family he came from, since they had never heard of him. At which point, Syed Hassan confessed that he was no prince.

Scotland Yard briefly looked into the matter, but decided to let him off with a fine of 25 pounds.