In February 1959, Bob Percy, rush chairman of the Psi Omega professional dental fraternity at the University of Southern California, was kidnapped by his own pledges and dressed in a "space helmet, toe-less tennis shoes, sweat pants and shirt with chained hands and feet." He was then taken to the airport and put on a plane, with no idea of where he was going and no money.

The picture below was taken as he was boarding the plane. 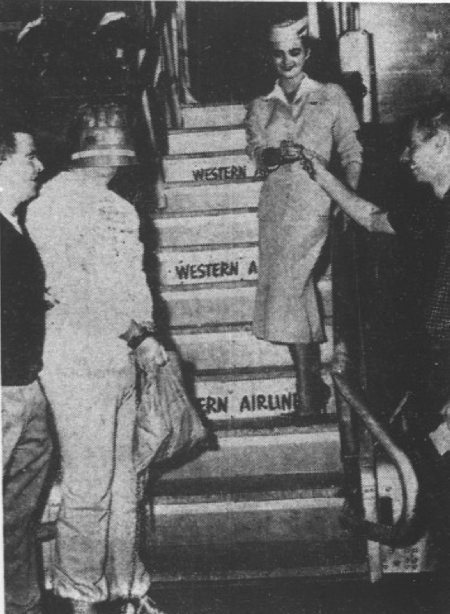 Halfway through the flight he figured out he was en route to Las Vegas, by overhearing a passenger.

Once in Vegas, he called the Las Vegas Sun, told them his story, and they put him in touch with the publicity agent at the El Rancho Vegas hotel, who gave him some money for his return trip. The airline made out his ticket to "Spaceman First-Class Bob Percy."

The pledges who did all this to Percy were said to be in store for "some sort of punishment." But I haven't been able to find out what that punishment was.

I was never a member of a fraternity, but I always thought it was the pledges who went through hazing rituals like this, not the rush chairman. 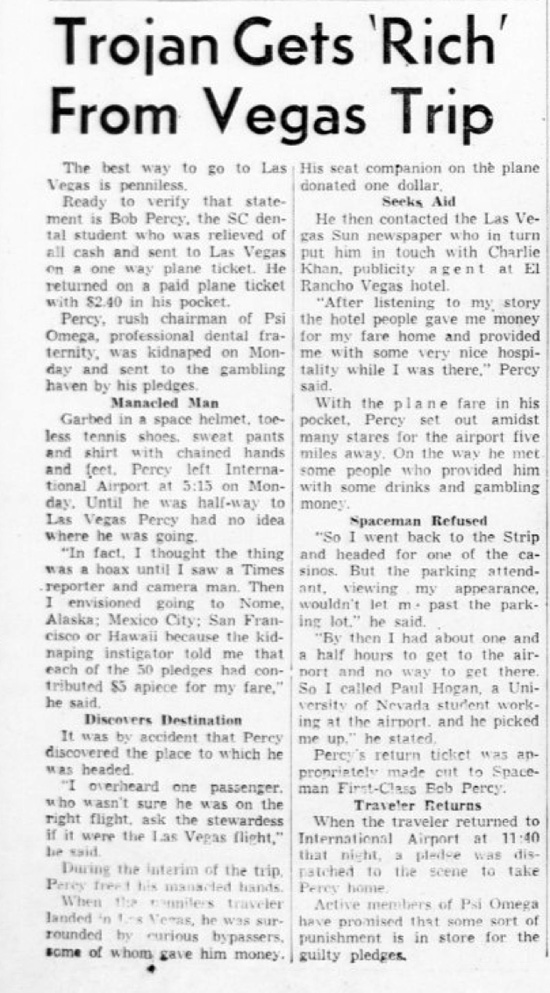 I'm sure that if the rush chairman ticks off some other senior frat boy, the freshmeat can be persuaded (or if necessary, "persuaded") to contribute to a stunt like this, chairman or no chairman.
Posted by Richard Bos  on  Thu Oct 24, 2013  at  06:58 AM
Commenting is not available in this channel entry.