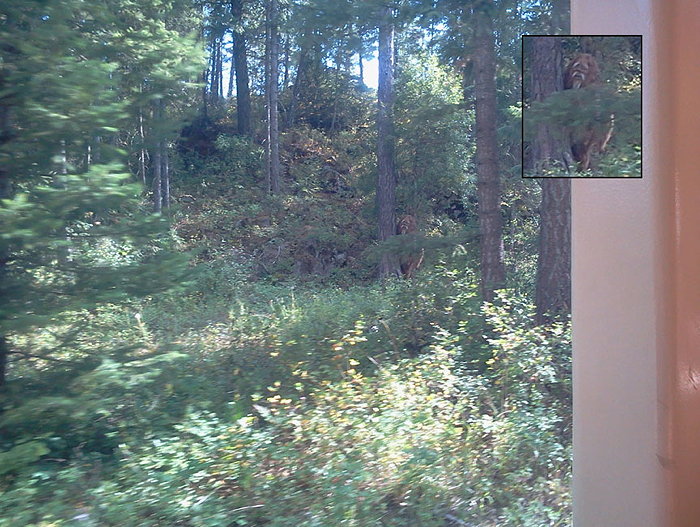 A photo supposedly showing a "Sasquatch watching a passing train" recently began doing the rounds online, after it appeared as the Photo of the Day on the website of Coast to Coast AM, where it was submitted by "Ricky B". A caption with the photo read, "Picture was taken on a cell phone from a moving train near Hayden Lake, Idaho. 8-19-2014. [The creature is enlarged in the square on the right]"

However, the community of Bigfoot advocates managed to expose this as a hoax on their own, figuring out that the photo did indeed show a Sasquatch watching a train. However, it wasn't a living Sasquatch. It was a model created by artist Chris Russell, on display at Idaho's Silverwood Theme Park on the summer train ride. Russell also made "Hank," which was the fake Bigfoot recently taken on tour by Rick Dyer.