Over in Greece there's uproar over some mugshots of suspected bank robbers. Photos of the men being taken into custody show them badly bruised, but in the mugshots released by the police these bruises have disappeared, and the police admit that, yeah, they photoshopped the mugshots to remove the bruises. Critics say this was done to hide evidence of police brutality. The police say they did it to make the men recognizable. In the photos below, the pre-mugshot pics are on the left, and the photoshopped mugshots on the right. [nbcnews] 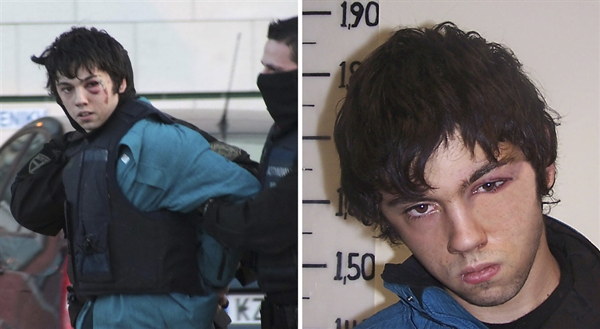 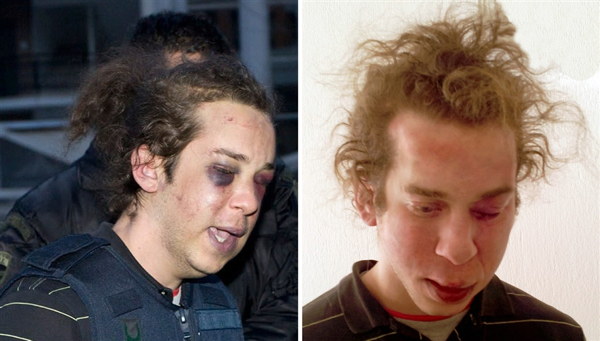