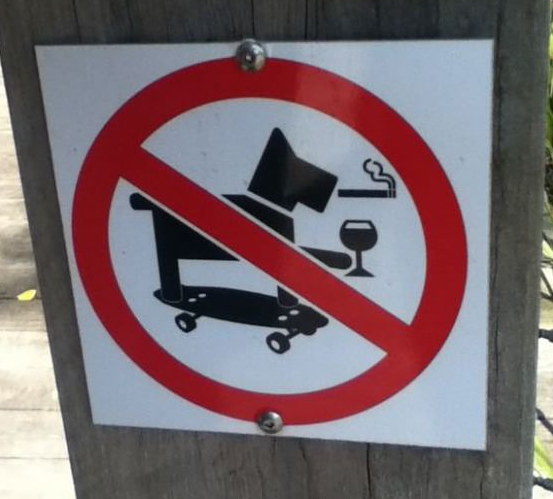 Ipswich City councillor Andrew Antoniolli posted on facebook that this would be the new sign at the Ipswich Mall — warning people, in a visually economical way, of all the things they couldn't do there. A local radio station believed him, but it was actually just a joke image downloaded from the internet. No idea what the original source of the image was.