On September 30, Microsoft announced the upcoming release of the latest version of its operating system, Windows 10. The strange thing is that there was no Windows 9. They went straight from version 8 to 10. It's been noted that this makes real an April Fool's Day hoax published by InfoWorld in 2013, which claimed that "Microsoft skips 'too good' Windows 9, jumps to Windows 10." Microsoft hasn't explained why they really did decide to skip version 9. 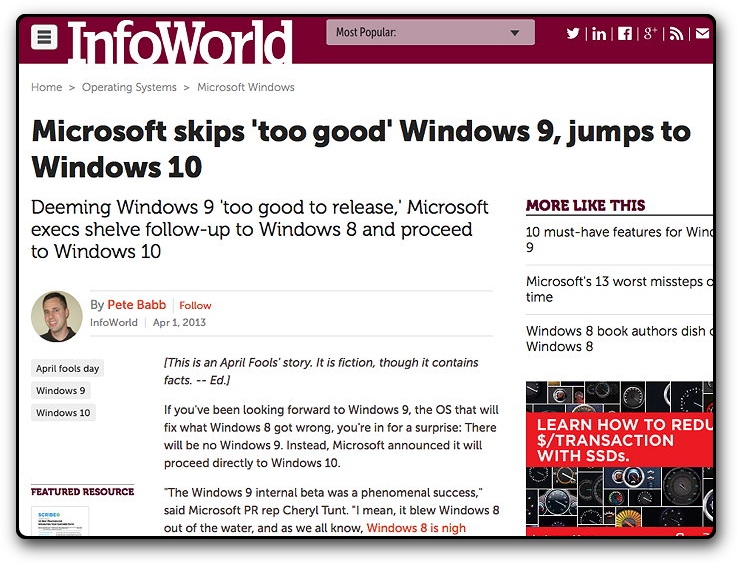 Well, it seems that many third party applications and libraries still check the current windows version by parsing its name, and recognizing old windows 95/98 version checking the string "windows 9*". this would be triggered by a windows 9 release, and cause many badly written third party applications to fail.
When first reported this was believed to be an hoax, but some searches on public code repositories apprently confirmed that it is a real problem (if this alone was sufficient to motivate MS to change the version or if there're other reasons is another thing).
Posted by nym73  on  Tue Dec 09, 2014  at  03:14 PM
Commenting is not available in this channel entry.