This Day in the History of Hoaxes: July 26 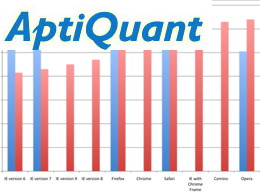 July 26, 2011: Internet Explorer Users Are Dumb
On this day, AptiQuant Psychometric Consulting Co. released a study revealing that Internet Explorer users scored lower on IQ tests than users of other web browsers and were therefore "dumb". This result was duly reported as fact by numerous news outlets. However, not only was the study fake, but also AptiQuant wasn't a real company. The graphics on its site had been copied from the site of a legitimate French firm. The hoax was the work of Tarandeep Gill, a Canadian web developer, who later said he had hoped to "create awareness about the incompatibilities of IE6." [wikipedia]