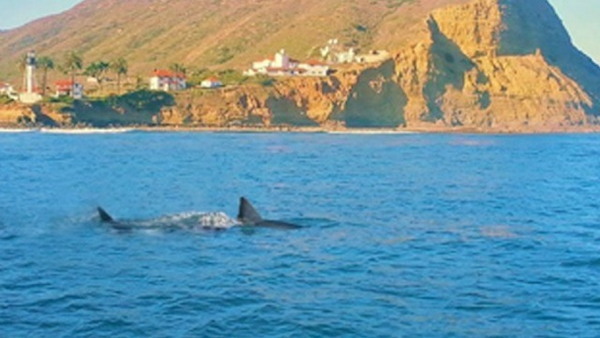 Earlier this week, a picture of a great white shark swimming close to the shore made the local news here in San Diego. I actually saw the broadcast. The news team interviewed a shark expert who confirmed that it was definitely a great white in the photo, and went on to explain that great whites were becoming more common in the area because of the growing seal population. An area of slight discoloration in the water at the right of the photo was said to be the remains of an animal the shark had killed.

But now it turns out the photo was a fake. The original picture showed a dolphin, not a great white. From 10news.com:


Will Phillips told 10News Thursday that that he snapped the actual photo of a dolphin sometime last month. As a joke, a friend of his doctored the picture to make it look like a shark.   However, the doctored photo began to circulate the internet, Phillips said, and somehow made its way to the Shark Research Committee (SRC), which posted it on its website. 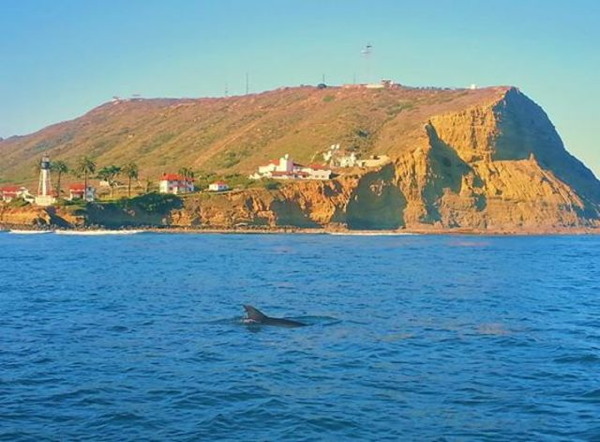 Reminds me of a time when I was walking along the bluffs above La Jolla Cove with my now wife. A bunch of people were pointing at a fin and declaring it to be a shark. It was actually a sea lion swimming on its side with a flipper sticking out of the water. I guess even pinnipeds enjoy a good hoax now and then.
Posted by DemetriosX  on  Sun Apr 27, 2014  at  03:37 AM
Commenting is not available in this channel entry.